Theresa May suffered the biggest government defeat in modern British history when the House of Commons rejected by 432 votes to 202 the deal she struck with Brussels last year after 18 months of negotiation. 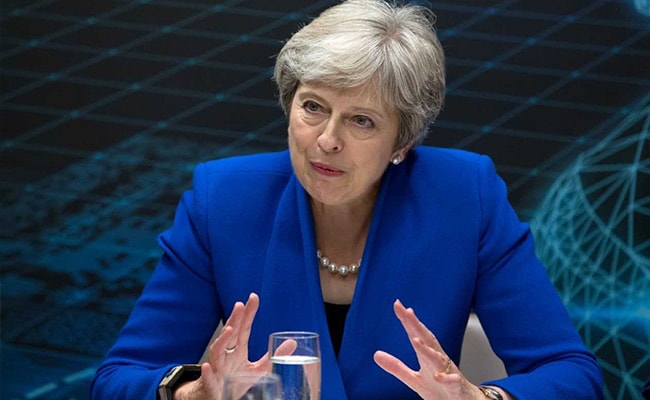 Theresa May has already survived a party no-confidence vote in December. (File)

Isolated British Prime Minister Theresa May once again proved her stoicism by battling on in the face of humiliating defeat for her Brexit deal, but she is running out of allies in her epic political struggle.

May suffered the biggest government defeat in modern British history when the House of Commons rejected by 432 votes to 202 the deal she struck with Brussels last year after 18 months of negotiation.

Moments later, she vowed to limp on and fight a parliamentary no-confidence vote, scheduled for Wednesday at 1900 GMT.

May has already survived a party no-confidence vote in December, displaying characteristic determination when backed into a corner.

She has also been protected by the inability of any serious challengers to form alliances and depose her, with the toxic Brexit issue dissolving traditional political bonds.

May made it her mission to carry out the wishes of voters who backed the Brexit the referendum in June 2016 when she became premier the following month.

But Brexit backers have always been suspicious of having a Remain supporter -- which May was before the referendum -- leading negotiations.

And MPs who opposed Brexit want her to stick tighter to the EU or call for a second referendum that could potentially nullify the first one's result.

Despite carrot-and-stick attempts to cajole her colleagues to back her, she was on Tuesday once again forced into a making a chastening address after her humiliating defeat.

Shortly before Christmas, she was forced to acknowledge the weakness of her position, telling Conservative colleagues she would not fight the next scheduled election in 2022 as she uncomfortably defeated the internal coup.

It was a rare concession by a prime minister praised by her supporters as resilient but accused by critics of ploughing on oblivious to the changing circumstances around her.

The party challenge came shortly after she had to tell the House of Commons that the vote on her deal was being postponed as the scale of potential defeat became clear.

Critics from all sides rounded on the leader on Tuesday, with Remain supporting journalist Matthew Parris calling her a "zombie prime minister", and the Leave supporting Daily Telegraph warning that she was "out of allies, out of time".

May took over after her predecessor David Cameron quit following the shock vote for Brexit in June 2016, winning by default after her rivals fought among themselves or withdrew.

She had campaigned to stay in the EU, but has repeatedly stressed the importance of implementing the verdict.

Yet her plan's provision for a 'backstop' to prevent a hard Irish border, which could keep Britain indefinitely tied in a customs union with the EU, has angered Brexit supporters.

Despite the near constant criticism, May has kept at it and compares herself to her cricketing hero Geoffrey Boycott, who was a byword for doggedness as a batsman.

The vicar's daughter has also gleefully seized on a putdown by a party elder that she was a "bloody difficult woman".

May eschews gossip and networking, proving herself through hard work, spending six years in the tough job of interior minister before entering Downing Street.

But her reserved nature often makes for stilted relations with world leaders and voters, while her style of repeating phrases and avoiding direct questions earned her the media nickname "Maybot".

May, 62, described herself in a 2012 interview as a "goody two shoes" whose Protestant faith defined her upbringing.

She knew she wanted to become a politician when she was just 12, and once said the naughtiest thing she had done was running through a field of wheat.

May studied geography at the University of Oxford, where she met her husband Philip, who became a banker, after reportedly being introduced by future Pakistan premier Benazir Bhutto.

The couple never had children and May devoted herself to a life of public service that saw her become Conservative Party chairwoman in 2002.

The apparent ease with which May positioned herself to become prime minister after the referendum drew praise for her political skills -- but this evaporated the following year.

Faced with an apparently unassailable poll lead, she called a snap election in June 2017 to bolster her position and Brexit plan -- only to lose the Conservatives' majority in the Commons.

(Except for the headline, this story has not been edited by NDTV staff and is published from a syndicated feed.)
Comments
British Prime Minister Theresa MayBrexit voteBrexit deal