Brexit Deal: The landslide vote was pure humiliation for Theresa May who has spent the past two years trying to sell her vision of Brexit to a skeptical public. 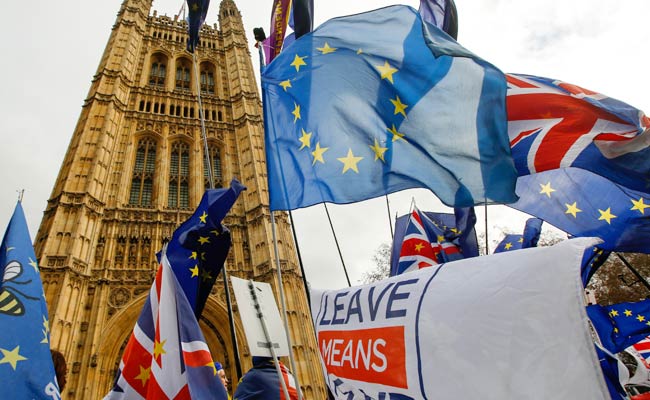 With just 73 days to go until Britain is scheduled to leave the European Union, lawmakers overwhelmingly rejected - by a vote of 432 to 202 - the withdrawal deal that had been painstakingly negotiated between Prime Minister Theresa May and the European Union. The landslide vote against the Brexit deal was pure humiliation for a British leader who has spent the past two years trying to sell her vision of a divorce to a skeptical public, and her failure increased doubts about how or whether Britain will leave the E.U. on March 29.

May stood almost alone in the House of Commons on Tuesday as many in her own party abandoned their leader.

Historians had to go as far back as the 19th century to find a comparable party split and parliamentary defeat - to Prime Minister William Gladstone's support for Irish home rule in 1886, which cut the Liberal Party in two.

"The events in Parliament today are really quite remarkable," said Cambridge University political historian Luke Blaxill. "This doesn't happen." Meaning, usually British parties fight with one another in Parliament - but members don't tear their own parties apart.

Jeremy Corbyn, the opposition Labour Party leader, called the loss historic and said May's "delay and denial" had led to disaster. "She cannot seriously believe after two years of failure she is capable of negotiating a good deal," Corbyn said.

He then introduced a motion of no-confidence, to be debated and voted upon on Wednesday. 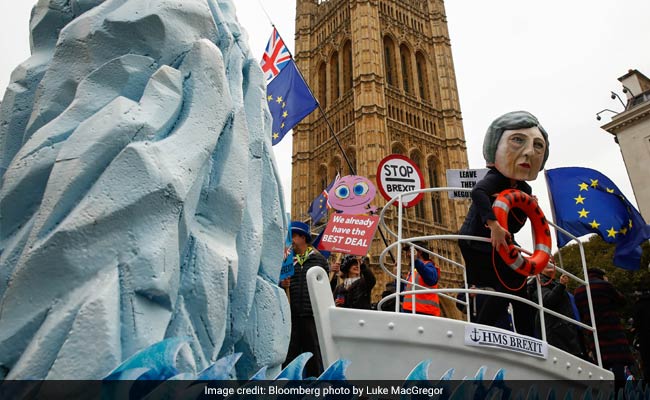 Rob Ford, a professor of politics at Manchester University, stressed that these were strange times. "Normally, if you were looking at a defeat of 50-plus votes on the No. 1 item on the government's agenda, then that would be it. Game over. The prime minister would be gone and the government would probably fall immediately. But that's clearly not going to happen," Ford said.

May called Tuesday's vote in Parliament the most important in a generation. She told lawmakers that the choice was plain: support her imperfect compromise deal - and the only one that Europe will abide, she stressed - or face the cliff edge of a no-deal Brexit.

Staring directly at Corbyn, May said that everyone who thought they could go to Brussels and get a better deal was deluding themselves.

But the vote against her deal was decisive.

Moments after the result came in, she said, "The government has heard what the House has said tonight."

She has until Monday to return with a plan B. Her office has been tight-lipped about what alternatives she might offer. May said she would reach out to members of Parliament to find out which Brexit deal, if any, they would endorse.

"What Theresa May does now will become less and less relevant to what outcome we get. The key thing to be watching is what Parliament does next and what Labour does next," Ford said.

Leaders in Brussels, who expected the deal to fail, were still stunned by the scale.

"The risk of a disorderly withdrawal of the United Kingdom has increased with this evening's vote," European Commission President Jean-Claude Juncker said in a statement. "While we do not want this to happen, the European Commission will continue its contingency work to help ensure the EU is fully prepared."

A chaotic no-deal departure could have harsh economic and humanitarian consequences for both sides. Some countries' legislatures are halting ordinary business to pick up emergency laws to prepare.

E.U. policymakers and negotiators said they saw little they could do to try to ease any deal through the British Parliament. And at least one prominent voice suggested Britain might reconsider its divorce effort altogether.

"If a deal is impossible, and no one wants no deal, then who will finally have the courage to say what the only positive solution is?" European Council President Donald Tusk tweeted.

The movement for a second Brexit referendum has been gaining strength in Britain. But the path to getting there remains long and complicated.

In any event, Britain may be forced to ask for extra time to work out its problems, and the March 29 departure date may no longer be realistic. An extension would require unanimous consent from the remaining E.U. countries.

"While there is no point in reopening negations, we need to do everything else to avoid a hard #Brexit," tweeted the head of German Parliament's foreign affairs committee, Norbert Rottgen. "If vote is given back to people, UK should get more time."

In the chamber at Westminster, the debate before the votes were cast on Tuesday was impassioned. As members hooted and jeered, the speaker gaveled them to be quiet, complaining of the "noisy and unseemly atmosphere."

"The House must calm itself. Zen!" John Bercow shouted.

Rising Labour Party star David Lammy recalled how he had confronted his constituents who sympathized with the violence carried out by rioters in London in 2011. Now he said he felt the same duty to confront his neighbors over Brexit.

"Why? Because we have a duty to tell our constituents the truth, even when they passionately disagree," Lammy said. "Brexit is a con, a trick, a swindle, a fraud."

In another emotional speech, Geoffrey Cox, a Conservative lawmaker and the attorney general, urged the chamber to back May's deal. "You are not children in the playground, you are legislators - we are playing with people's lives," Cox said.

Outside Parliament, the scene was raucous. Thousands of protesters, many in costumes, gathered to shout at one another - illustrating how unsettled and divisive Brexit remains more than two years after voters opted in a 2016 June referendum to leave the European Union.

Brexiteers banged drums and rang a "liberty" bell, while pro-EU demonstrators handed out anti-Brexit stickers in Parliament Square beside two huge video screens set up for the live broadcast of the final speeches and the vote.

Jeff Wyatt, 54, a pro-Brexit voter, held aloft a placard that accused May of treason. Another man in the crowd suggested that the prime minister should face the executioner's ax.

"For the first time in the history of my country, we've got Parliament against the people," Wyatt said, gesturing at the Palace of Westminster.

Monika Wolf, 57, was clutching an EU flag and a Union Jack. She moved to Britain from Germany in 1981, and she studied and raised her children here. In an ideal world, she said, Brexit would be stopped. She hoped to see "more statesmanship from the big parties - they both talk about bringing the country together, but so far they haven't done anything at all to make that happen."

(This story has not been edited by NDTV staff and is auto-generated from a syndicated feed.)
Comments
Theresa MayBrexit voteUK parliament