The Organization for the Prohibition of Chemical Weapons on Tuesday said it would deploy a team to collect additional samples. 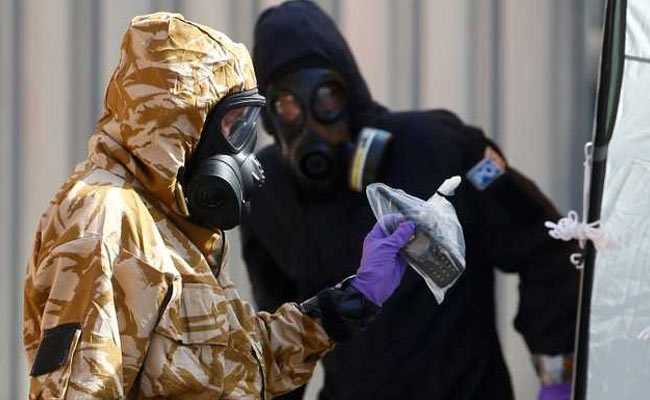 Inspectors of the world's chemical weapons watchdog will return to Britain on request of the government to take new samples of the nerve agent which killed one person and injured another in Amesbury, England, in June.

The Organization for the Prohibition of Chemical Weapons (OPCW) on Tuesday said it would deploy a team to collect additional samples, to be analysed in two laboratories designated by the agency.

In July the British government asked the OPCW to independently identify a substance which the authorities had found to be Novichok -- the same nerve agent used to poison former Russian spy Sergei Skripal and his daughter Yulia in March.

Britain blamed Russia for the Skripal poisoning but the Kremlin denied involvement.

In June, two Britons fell ill in Amesbury after being exposed to the poison in southwest England, close to where the Skripals were attacked. One of them died.

Britain is ready to ask Russia to extradite two men it suspects of carrying out a nerve agent attack on Skripal, the Guardian newspaper reported on Monday, citing government and security sources.

(Except for the headline, this story has not been edited by NDTV staff and is published from a syndicated feed.)
Comments
United KingdomNerve agent