UAE's airspace will be closed to any planes flying to or from the Qatari capital until further notice, the civil aviation authority said Thursday in an emailed statement. 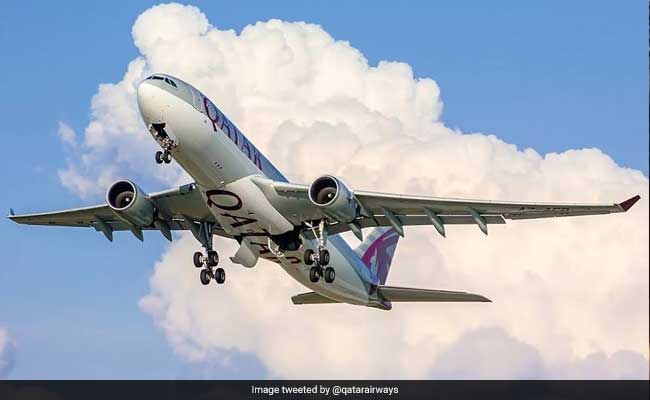 The United Arab Emirates banned all international flights serving Doha from flying through its airspace in an effort to deepen Qatar's isolation, the latest in a series of unprecedented measures by the Saudi-led alliance that risk squeezing the country's economy and finances.

UAE's airspace will be closed to any planes flying to or from the Qatari capital until further notice, the civil aviation authority said Thursday in an emailed statement. The move expands on an earlier ban on direct flights between the two countries and UAE travel restrictions outlined Wednesday on Qatari passport-holders and citizens of other nations who have Qatari residence permits.

A senior UAE official said on Wednesday that the alliance made up of his country, Saudi Arabia and Bahrain was ready to impose more sanctions unless Qatar changes policies supporting extremist groups -- charges that Doha denies. Saudi Arabia's central bank has ordered lenders in the country not to increase their exposure to any Qatari clients, according to people familiar with the matter. The regulator also told banks licensed in the country that they should not process any payments denominated in Qatari riyals, the people said.

Additional punitive measures "could include restrictions on capital flows, which would be negative for Qatari banks' liquidity and funding," Moody's Investor Service said in a report. "In a scenario of a rapid loss of confidence from international investors and depositors from other GCC countries, the government might have to step in to support domestic banks."

Saudi Arabia, the UAE, Bahrain and Egypt severed diplomatic ties with the Gulf Cooperation Council member on Monday as well as any air, sea or land links. They accuse the small Gulf state of supporting Sunni extremist groups and Iranian-backed militants to destabilize the region.

S&P Global Ratings this week lowered Qatar's long-term rating by one level to AA-, the fourth-highest investment grade, and put it on negative watch on concern the dispute will weaken its finances. Moody's had taken a similar action before the crisis broke out, citing uncertainty over its economic growth model.

Anwar Gargash, the UAE minister of state for foreign affairs, told Bloomberg in Dubai that Qatar needed to pledge to overhaul its foreign policy for any mediation to succeed. Leading the efforts to defuse the crisis is Kuwaiti ruler Sheikh Sabah Al-Ahmed Al-Sabah, who's been shuttling Gulf capitals for talks. He met Qatar's emir, Sheikh Tamim bin Hamad Al Thani, in Doha on Wednesday.

President Donald Trump, who initially came out in support of the Saudi-led action, called Sheikh Tamim and offered to host talks between the U.S. allies.

Qatar is the world's No. 1 exporter of liquefied natural gas. Its $335 billion sovereign wealth fund owns stakes in global companies from Volkswagen to Glencore and Barclays. Its influence goes beyond money. It's also a home to the forward headquarters of CENTCOM, the U.S. military's central command in the region.

With all adjacent Arabian Peninsula nations now either shutting their airspace to Qatar or demanding advance clearance, planes serving the country are now limited to routes to its north, via Iran and Kuwait. That disrupts flights to Doha particularly from Africa, India and Southeast Asia, which would usually use shortcuts over Saudi Arabia and the UAEQatar Airways said Wednesday that it chartered four flights to return passengers from Saudi Arabia to Doha via Kuwait or Oman, which haven't cut ties.

Otherwise, "global operations are continuing to run smoothly and remain unaffected," Chief Executive Officer Akbar Al Baker said in a statement at the time. The carrier didn't respond Thursday to requests for comment on the UAE's move.

The state-owned airline has been the biggest victim of the Gulf travel bans, another blow to its earnings amid woes including the U.S.'s prohibition on laptops in plane cabins and reduced premium-class travel as low oil prices hamper the region's economic growth.


(This story has not been edited by NDTV staff and is auto-generated from a syndicated feed.)
Comments
Gulf issueQatar UAE spatQatar's isolation