1 Dead, 5 Missing After 2 US Military Planes Crash Off Japan

Japanese and US military officials earlier said two of the seven crew of the planes had been found. 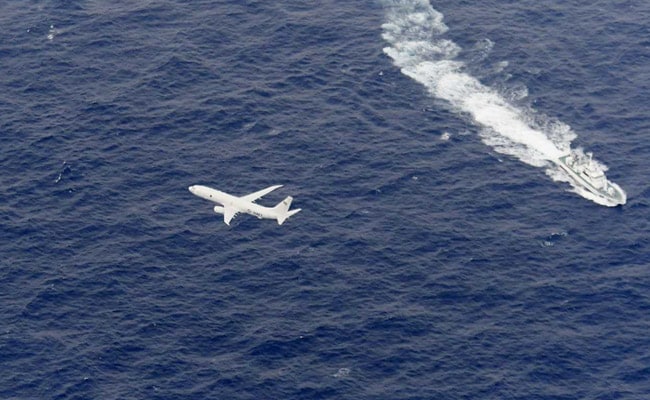 US military and Japanese Self-Defense planes and vessels are searching for those still missing. (FILE)

One US Marine died and five were missing Thursday after two American military aircraft crashed during a refuelling operation off the coast of Japan, officials said.

Japanese and US military officials earlier said two of the seven crew of the planes had been found.

"One is in fair condition and the other has been declared deceased by competent medical personnel," the US Marine Corps said late Thursday.

"US military and the Japanese Self-Defense planes and vessels are searching for those still missing... I hope all the members will be rescued safely as soon as possible," Japanese Defence Minister Takeshi Iwaya said.

The search would continue through the night, Kyodo news agency reported.

The Marines were conducting "regularly scheduled training" when the crash occurred around 2:00 am local time, the 3rd Marine Expeditionary Force said in a statement.

The F/A-18 fighter jet with two crew onboard and a KC-130 refuelling tanker with five crew crashed into the sea around 100 kilometres (55 nautical miles) off the cape of Muroto in southwestern Japan, Iwaya said.

The crew member rescued had been in the fighter jet, the minister confirmed.

Japan's SDF had deployed nine aircraft and three vessels for the search, he said.

"We are thankful for the Japan Maritime Self-Defense Force's efforts as they immediately responded in the search and rescue operation," the Marines said.

A spokesman for the Japanese coastguard said six vessels and an aircraft had been dispatched separately to assist in the rescue efforts.

There are few details about the circumstances of what the Marines described as a "mishap" and an investigation is underway.

Public broadcaster NHK sent a helicopter to try to find the crash site but was unable to locate it due to heavy fog and rain.

During a normal KC-130 refuelling operation, the tanker aircraft trails a hose from the back of the plane with a so-called "drogue", shaped a bit like a windsock, at the end.

The fighter jet then inserts a probe inside the drogue to receive fuel, which it can do at a rate of up to 300 gallons per minute, according to globalsecurity.org.

The US military has about 50,000 troops stationed in Japan and accidents are not uncommon.

In November, a US navy fighter jet crashed into the sea off Japan's southern island of Okinawa and its two crew members were rescued alive.

And in November 2017, a C-2A "Greyhound" aircraft with 11 people on board went down in the Philippine Sea -- eight were rescued and the search was called off for the remaining three after a two-day search.

The US military has also experienced difficulties with its Osprey helicopters, with several emergency landings, a deadly crash and a piece of chopper falling on the grounds of a Japanese school.

Those incidents have stoked tensions between close military allies Washington and Tokyo and led to protests against the deployment of Ospreys by residents living near US bases.

Iwaya said the incident was "regrettable but at this point we are doing our utmost to rescue those still missing".

"Later, if we get to know the details of the accident, we will take appropriate measures," added Iwaya.

He said that there was no information that any passing vessels were affected by the crash.

Yoshihiko Fukuda, mayor of Iwakuni that hosts the US base where the two aircraft were based, told the city assembly he had asked the military to halt operations until the cause of the accident became clear.

"I will urge the government and the US military to take thorough measures in finding out the cause of the accident and preventing a repeat," said Fukuda.

The US ambassador to Japan, Bill Hagerty, said he was sending "heartfelt thoughts and prayers to families and colleagues of those still missing" and also praised the Japanese response.