Scott Fairlamb, who is 44 years old and the brother of a US Secret Service agent, now faces up to just more than four years in prison for joining the attack. 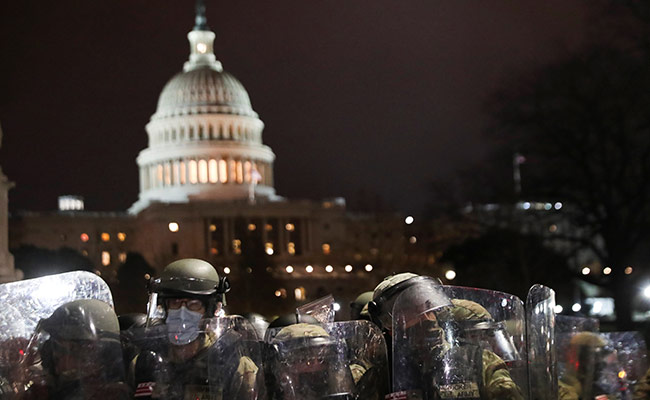 A New Jersey gym owner pleaded guilty Friday to assaulting a policeman in the January 6 attack on the US Capitol by supporters of then-president Donald Trump.

Scott Fairlamb, who is 44 years old and the brother of a US Secret Service agent, now faces up to just more than four years in prison for joining the attack, which sought to prevent Congress from certifying US President Joe Biden's defeat of Trump in the November 2020 election.

In a hearing in Washington federal court on Friday, the former mixed martial arts fighter was the first out of hundreds charged in the attack to plead guilty to assaulting a police officer.

Videos taken of the melee showed him shouting and blocking a police officer as he waved a collapsible baton. Fairlamb shouted to "patriots" to disarm the police and storm the building.

He also pleaded guilty to obstructing an official proceeding by Congress.

Several other charges were dropped.

While Fairlamb could get up to 20 years in prison, official guidelines set for his crimes and lack of a major criminal history puts the recommended jail time at between 41 and 51 months.

But a judge could give him less or more jail time when the sentence is handed down on September 27.

Thompson, 28, was among a group that threw objects at police and took their riot shields.

He was also seen swinging a metal baton at officers.

Thompson also faces a maximum 20-year sentence, though it is likely to be closer to the range suggested in the Fairlamb case.

The Justice Department said Friday that more than 570 people had been arrested and charged in relation to the January 6 attack, with only a handful having reached the plea and sentencing stage of the process.

Most have been hit with minor charges of illegally entering the Capitol, but more than 170 face severe felony charges, including assault and conspiracy.