Authorities have issued warnings of rainstorms, high seas, possible landslides and flooding across the nation, as the storm maintained its strength. 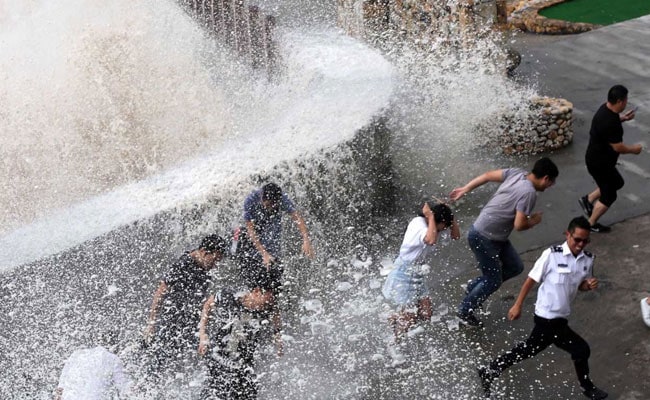 Warnings of rainstorms, possible landslides and flooding across the nation. (AFP)

Typhoon Talim made landfall Sunday in Kyushu, the southernmost of Japan's four main islands, packing winds of up to 162 kilometres (105 miles) per hour, the Japan Meteorological Agency said.

The storm, moving northeast along the country, reached the nation's northern island of Hokkaido by Monday morning, dumping torrential rain and paralysing domestic transportation on its way.

Public broadcaster NHK said three people were missing in western Japan, and 38 people had been injured in storm-related accidents.

At least 116 domestic flights were cancelled on Monday because of strong winds, and some bullet train services were suspended in northern Japan due to the typhoon, NHK said.

Authorities have issued warnings of rainstorms, high seas, possible landslides and flooding across the nation, as the storm maintained its strength.

The typhoon had battered the southern Okinawan island chain before it hit Kyushu, causing the most rain seen over a 24-hour period in 50 years in the city of Miyako.

Russia Could Attack Ukraine At Any Point: US