Twitter refused to entertain Kamala Harris' request who asked Twitter to suspend Trump's account for attacking lawmakers and the whistleblower behind a complaint on his shady dealings with Ukraine. 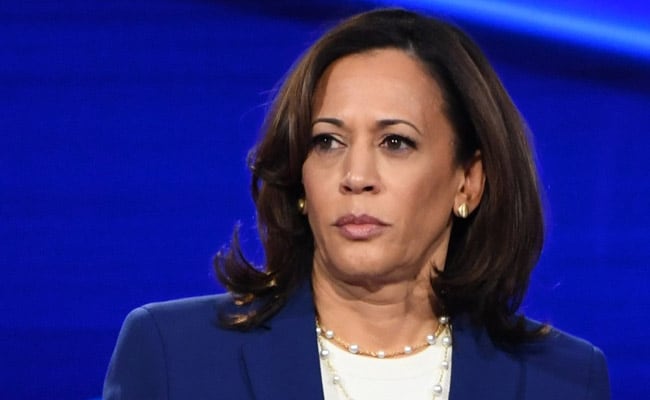 The Kamala Harris campaign said Twitter is not holding Trump accountable for abusing their platform.

Twitter has told California Senator and Democrat presidential candidate Kamala Harris that it will not suspend US President Donald Trump's account.

In a letter sent to the Harris presidential campaign, Twitter refused to entertain Harris' request who asked Twitter to suspend Trump's account for attacking lawmakers and the whistleblower behind a complaint on his shady dealings with Ukraine.

"Twitter is not holding Donald Trump accountable for abusing their platform to threaten people and incite and inspire violent behavior," the Harris campaign told CNN on Wednesday.

Vijaya Gadde, Legal, Public Policy & Trust and Safety Lead at Twitter, told Harris in the letter: "We understand the desire for our decisions to be 'yes/no' binaries, but it is not that simple. We reviewed the Tweets you cite in your letter, and they do not violate our policies against abusive behaviour, targeted harassment, or violence on the service".

Trump has repeatedly used Twitter to attack his political opponents.

The platform is facing pressure to take action against Trump for posting controversial tweets, but the micro-blogging platform is yet to take any substantial action.

Stating that world leaders are not above its policies "entirely," Twitter on Tuesday decided to restrict how users can interact with harmful tweets from world leaders who break its rules, but did not clarify whether it will remove or block world leaders like Trump from doing so.