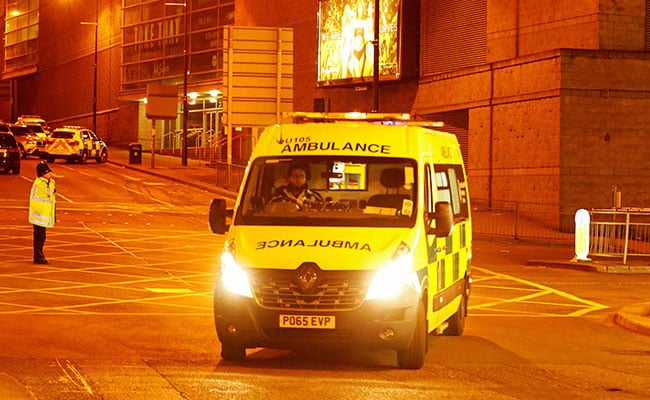 British police are treating the blast at Manchester Arena as a "terrorist incident".

Cairo: ISIS supporters celebrated on social media on Tuesday after a blast at a concert venue in the north of England killed at least 19 people, although the militant Islamist group has not formally claimed responsibility.

British police have said they are treating the blast at the Manchester Arena at the end of a concert by U.S. singer Ariana Grande as a "terrorist incident". More than 50 people were wounded.

Twitter accounts affiliated to ISIS have used hashtags referring to the blast to post celebratory messages, with some users encouraging similar attacks elsewhere.

Some messages described the attack as an act of revenge in response to air strikes in Iraq and Syria.

"It seems that bombs of the British airforce over children of Mosul and Raqqa has just came back to #Manchester," one user named Abdul Haqq said on Twitter, in reference to the Iraqi and Syrian cities held by the militants where a U.S.-led coalition, of which Britain is a member, is conducting air strikes.

Supporters posted messages encouraging each other to carry out "lone wolf" attacks in the West and shared ISIS videos threatening the United States and Europe.

One user said he hoped ISIS was responsible for the attack, although no claim has appeared on any of the militant's group's official social media channels.

"We hope that the perpetrator is one of the soldiers of the caliphate," he wrote on a channel affiliated to the group hosted by messaging network Telegram.

Others posted banners saying "the beginning is in Brussels and Paris, and in London we form a state," in reference to previous similar "lone wolf" attacks in Belgium and France for which the group has claimed responsibility.

British Prime Minister Theresa May said the blast was being treated as a terrorist attack.

If confirmed, it would be the deadliest militant assault on Britain since four British Muslims killed 52 people in suicide bombings on London's transport system in July 2005.

U.S. officials drew parallels between the blast and the coordinated attacks in November 2015 by Islamist militants on the Bataclan concert hall and other sites in Paris, which claimed about 130 lives.

Two officials who spoke on condition of anonymity said that initial signs pointed to a suicide bomber as being responsible for the blast.