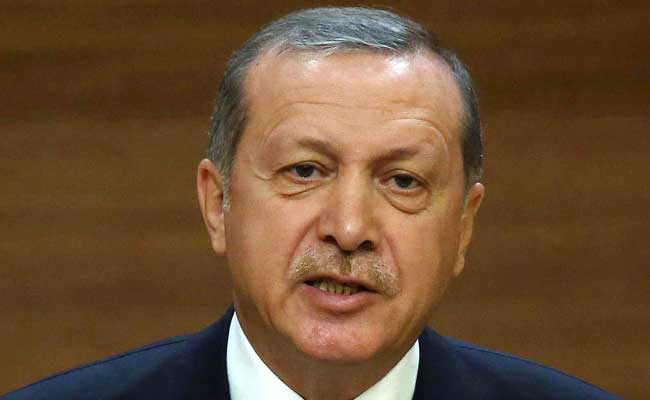 "I strongly condemn this heinous attack on our unity and our country's peace," Erdogan said in a statement posted on the presidency's website.

At least 30 people were killed in twin blasts that ripped through the centre of Ankara where activists were gathering for a peace rally at a time of increasing violence between Kurdish militants and members of Turkish security forces in the restive southeast.

Around 126 people were wounded, according to the interior ministry.

"No matter what its origin, aim or name, we are against any form of terrorist act or terrorist organisation. We are obliged to be against it together," Erdogan said.

The president said there was no distinction between the "terrorist attack" in Ankara and the ones targeting Turkish soldiers, police and innocent civilians.

"Like other acts of terror, the attack at the Ankara Train Station is taking aim at our unity, brotherhood and future," he added.

"The solidarity and determination we are going to display in the face of this attack will be the biggest and the most meaningful response to the terror."

Erdogan also called on everyone to "act responsibly" and to be "against, not on the side of terror."

"The perpetrators will be found in the shortest time and will be delivered to justice."

The US Embassy in Ankara also denounced the blasts and said in a Twitter message: "All of us must stand united against terror."