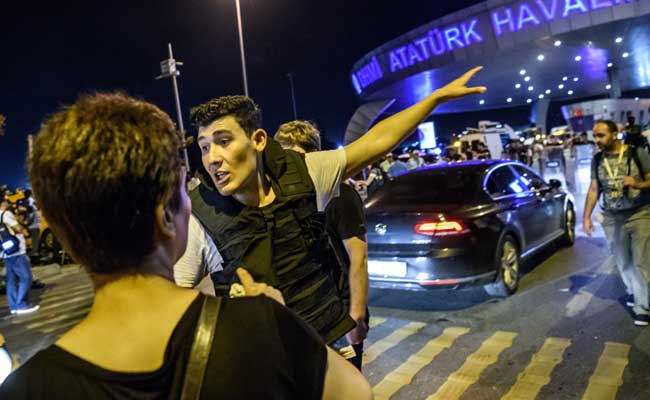 He did not reveal the nationalities of the foreign suspects, but said it was "probable" that at least one of the Ataturk airport bombers was a foreign national.

The Hurriyet newspaper identified one of the three bombers that struck Turkey's busiest airport on Tuesday as Osman Vadinov, a Chechen of Russian origin.

Vadinov reportedly crossed into Turkey from Raqa in Syria, the stronghold of the ISIS which authorities believe was likely behind the attack.

There has been no claim of responsibility for the carnage at Ataturk, one of Europe's busiest airports.

Turkey has cracked down on ISIS sleeper cells at home after a string of deadly attacks blamed on the terrorists, who have seized swathes of land in Iraq and Syria, right up to the Turkish border.