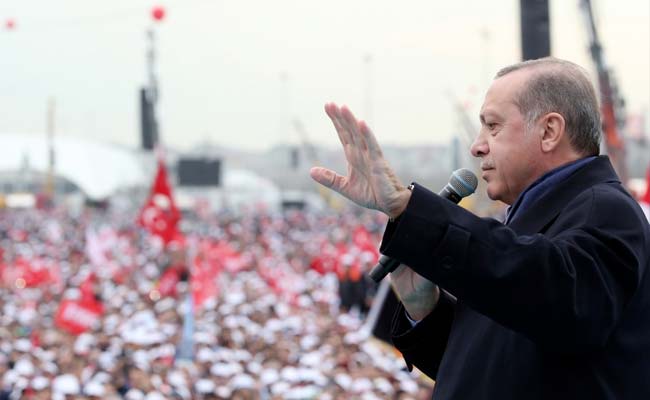 ANKARA: Turkish Prime Minister Binali Yildirim on Sunday declared victory for the 'Yes' camp in the referendum on expanding the powers of President Recep Tayyip Erdogan, saying the country had opened a "new page" in its democracy.

Promoted
Listen to the latest songs, only on JioSaavn.com
"The presidential system, according to unofficial results, has been confirmed with a 'Yes' vote," Yildirim told supporters from the balcony of the headquarters of the Justice and Development Party (AKP) in Ankara. "This is a decision made by the people. In our democracy's history, a new page has opened."

WHO Calls For Climate Action To Assure Sustained Recovery From Coronavirus