Selahaddin Gulen is the nephew of US-based Muslim preacher Fethullah Gulen, whom Turkey accuses of masterminding a failed coup in 2016. 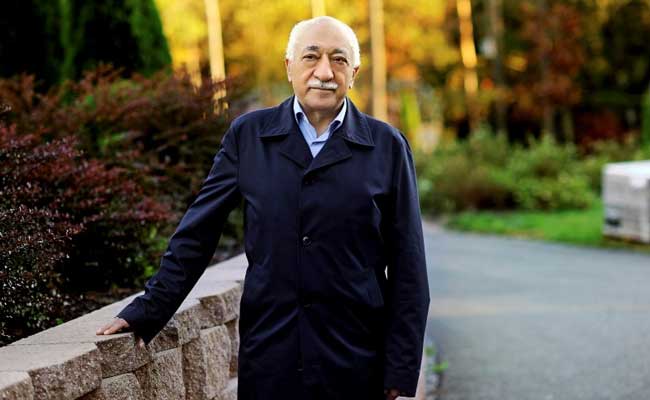 Since 2016, Turkey has arrested thousands of people for suspected ties with Fethullah Gulen (File).

Ankara accuses US-based Muslim preacher Fethullah Gulen of masterminding the attempted overthrow which left hundreds dead and thousands more injured. Since 2016, Turkey has arrested tens of thousands of people suspected to have links to Gulen.

Turkish state news agency Anadolu reported that Selahaddin Gulen was brought back to Turkey by agents from the country's National Intelligence Organisation (MIT), quoting unnamed security sources, but did not say which country he was arrested in.

The agency published a photograph of the suspect in handcuffs with a Turkish flag on each side of him, but did not say whether the operation took place in agreement with the country he was captured in.

Selahaddin Gulen is accused of belonging to the "FETO terrorist organisation", the description used by Ankara for Fethullah Gulen's movement.

The preacher, who lives in Pennsylvania, insists he is the head of a peaceful network of charities and companies, and denies any links to the 2016 coup bid.

But President Erdogan, who once was allied with Gulen, describes the preacher today as the leader of a "terrorist" group which seeks to infiltrate and overthrow the Turkish government.

Since the failed coup, Turkey has "repatriated" dozens of people accused of belonging to Gulen's network, especially in the Balkans and Africa.

The kidnapping of six Turkish nationals in Kosovo by MIT agents in 2018 sparked a political crisis in the Balkan country, leading to the sacking of its interior minister and intelligence chief.

The raids continue against alleged Gulen members, with almost daily police operations to arrest suspects across the country.

Since 2016, more than 140,000 public sector workers including teachers and judges have also been sacked or suspended over suspected ties with Mr Gulen.