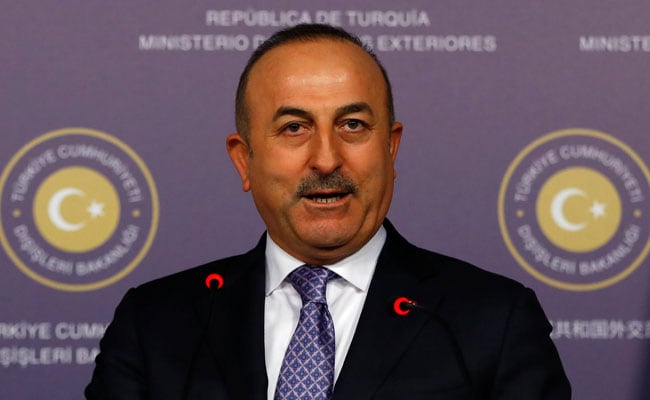 Munich, Germany: Turkey never used chemical weapons in its operations in Syria, and takes the utmost care of civilians, its foreign minister said, after Syrian Kurdish forces and a monitoring group accused it of carrying out a gas attack in Syria's Afrin region.

Cavusoglu dismissed the reports as propaganda by organisations close to the outlawed Kurdistan Workers Party (PKK) that has waged a three-decade insurgency on Turkish soil.

He said Turkey took the utmost care to protect civilians in the military operation, while the YPG was using civilians as "human shields" in areas under its control.

Turkey launched an air and ground offensive last month on the Afrin region, opening a new front in the multi-sided Syrian war, to target Kurdish fighters in northern Syria.

The White House said it was aware of the reports but could not confirm them.

"We judge it is extremely unlikely that Turkish forces used chemical weapons," a spokesman for the U.S. National Security Council said. "We continue to call for restraint and protection of civilians in Afrin."

Birusk Hasaka, a spokesman for the Kurdish YPG militia in Afrin, told Reuters that a Turkish bombardment hit a village in the northwest of the region, near the Turkish border. He said it caused six people to suffer breathing problems and other symptoms indicative of a gas attack.

On Feb. 6, the United Nations called for an immediate humanitarian ceasefire in Syria.

Since the onset of the conflict in 2011, the YPG and its allies have set up three autonomous cantons in the north, including Afrin. Their sphere of influence expanded as they seized territory from Islamic State with U.S. help, though Washington says it opposes their autonomy plans.

Promoted
Listen to the latest songs, only on JioSaavn.com
U.S. support for Kurdish-led forces in Syria has infuriated Ankara, which views them as a security threat along its frontier. Turkey sees the YPG as terrorists and an extension of the banned PKK.
© Thomson Reuters 2018