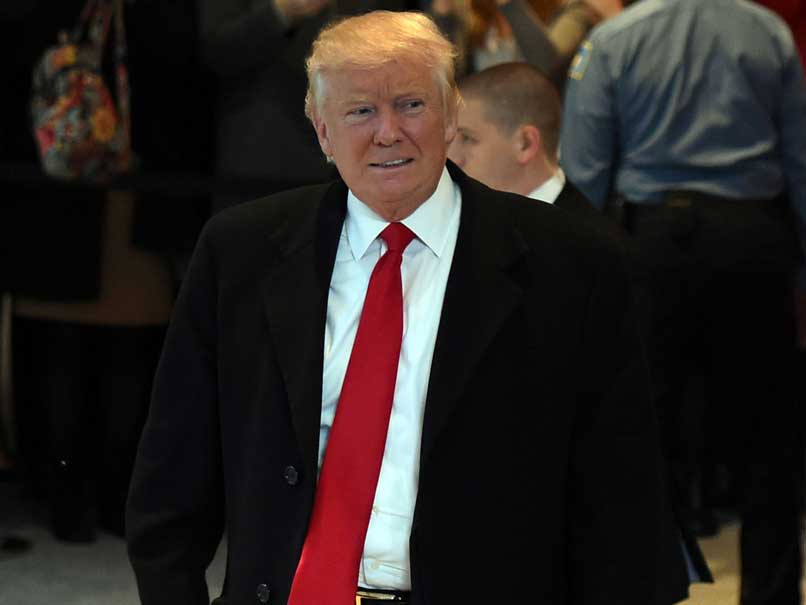 Something has clearly been gnawing at Donald Trump. Sure, he won the electoral vote and therefore the presidency, but he lost the popular vote by 2.2 million votes - and counting. (Counting mostly in California, where Democrat Hillary Clinton won easily and where there are 1.4 million more ballots to tally.) Trump's victory is marred by that fact: He will be the president, but more people voted against him.

With news that Clinton's campaign would join the Green Party's Jill Stein to review ballots in key Midwestern states, Trump went on a Twitter tirade, dismissing Clinton's decision as hypocritical and that it would end with the same result. ("Sad!" he added.)

That's probably true. But he couldn't resist taking the idea one step further in another tweet Sunday afternoon.

He tweeted, "In addition to winning the Electoral College in a landslide, I won the popular vote if you deduct the millions of people who voted illegally."

Clinton didn't really win the popular vote, he's arguing, because millions of votes were invalid. This is one in a series of efforts to dismiss Clinton's popular-vote victory, efforts that have hinged on misreading CNN election results or random tweets underpinned by no actual data.

In fact, this claim that millions of illegal immigrants voted is itself the result of a random tweet.

On Nov. 13, Gregg Phillips, a former Texas Health and Human Services Commission deputy commissioner, tweeted about there being 3 million votes that were cast by noncitizens.

Phillips claims in another tweet that his organization (it's not clear which organization, but it may be VoteStand) has a database of 180 million voter registrations and he confirms that 3 million of the people in that database who voted are noncitizens. He has been asked to provide evidence for that claim repeatedly, without having done so.

Regardless, the story was quickly picked up by the conspiracy-theory hawking site InfoWars, a story that was linked out at the top of the Drudge Report on Nov. 14.

When Matt Drudge qualifies something with "Claim:" it's worth treating it with skepticism.

The rumor-debunking site Snopes looked at Phillips' claim and found no evidence for it. (It also noted that Phillips has a history of implying that Obamacare will lead to the registration of millions of immigrants here illegally.)

Phillips replied on Twitter, "One might imagine someone would have called me." That's easier said than done; when I was looking at this earlier this month I couldn't find a way to contact Phillips. An email to True the Vote, a conservative group focused on the issue of voter fraud (for which Phillips claims to be a board member), did not receive a reply.

Phillips has said that he will release evidence of his claims at some point in the future - but not to the media. As of writing, there simply isn't any data to that effect.

What's more, Phillips made his claim on Nov. 13, only five days after the election. Meaning that his data apparently came in before any number of states certified their results. One of the first to do so was Vermont, which certified its results on Nov. 17 - four days after Phillips was able to determine that his 180-million-person database included the votes of 3 million immigrants here illegally.

Paul Mitchell of the California voter data firm Political Data explained by phone that it was possible that Phillips' group piped numbers from early voting into its database. About 47 million people voted early, including about 5.2 million in California. Mitchell notes, though, that in the nation's largest state, only about 15 percent of the early votes cast were by Latinos, meaning that if Phillips' data suggests that most of the immigrants voting illegally are from Central and South America, nearly all of those early votes would have had to have been from illegal voters. This is a massive undertaking infrastructurally, it's worth noting, requiring reaching out to individual counties in every state. What's more, Phillips could have blown the whistle before Election Day if the numbers were early voting data. He didn't.

But again: There's no evidence at this point that this is the case, and the only claim to the effect that it is comes from a person who refuses to provide any evidence. When PolitiFact analyzed it, it noted past studies claiming that large percentages of immigrants voted illegally - but that the study in question was based on flawed data. One examination of a database of voter fraud found 56 cases of noncitizens voting, over 11 years.

The irony of Trump's claim about illegal immigrants, of course, is that one way to determine whether thousands of noncitizens voted in this election - for which, again, there's no evidence -- is through a recount and audit of ballots, the very thing he was criticizing Clinton for embracing. (He also didn't win the electoral vote in "a landslide," by the way.) But this isn't rooted in logic. Trump has been complaining about the voting process for years, and apparently winning the presidency isn't going to change that.

That's the broader point that's worth raising. The president-elect of the United States is willing to embrace unproven and highly questionable data to raise questions about the electoral process even after he won simply to soften the blow of losing the popular vote. Trump has repeatedly suggested, including in his Thanksgiving message, that the country must unite behind his presidency.
Casting the votes of millions of Americans as somehow suspect seems like an odd way to achieve that goal.

A tweet to JumpVote questioned how the group gathered the data, how it knew who is a non-citizen and how it knew all of them voted for Clinton.

Promoted
Listen to the latest songs, only on JioSaavn.com
Phillips tweeted back saying, "By the way, we have never said they all voted for Hillary. Why lie?"