Donald Trump's top Cout Pick Brett Kavanaugh has been accused of sex assault by a professor. On earlier occasions, he has sided with his supreme court nominee. 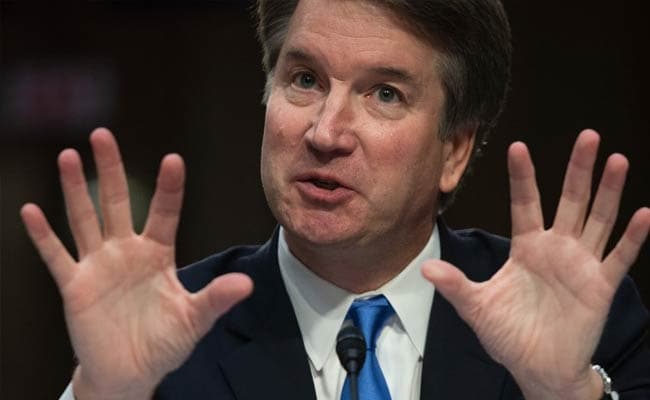 Trump had earlier questioned the accuser and called Brett Kavanaugh a "great man".

US President Donald Trump on Wednesday said he was open to pulling Brett Kavanaugh's Supreme Court nomination if he finds the evidence against him of sexual assault convincing.

"I can always be convinced," Trump said at a press conference on the sidelines of the UN General Assembly in New York, on the eve of a key Senate hearing at which a university professor accusing his nominee of assault will detail her allegations to lawmakers.

"If I thought he was guilty of something like this, yes, sure. I want to watch. I want to see," the president said.

At the same time, Trump described Kavanaugh as a "great gentleman" and said he believed the accusations against the conservative were "false."

Trump said he was skeptical because he personally has been the target of "false statements" in the past made by various women.

"It does impact my opinions because I've had a lot of false charges made against me," he said. "People want fame, they want money, they want whatever."

Christine Blasey Ford, who has accused Kavanaugh of sexually assaulting her when they were teenagers, is to testify before the Senate Judiciary Committee on Thursday.

Kavanaugh also stands accused of exposing himself to a classmate, Deborah Ramirez, during an alcohol-fueled Yale University party a few years later.

And on Wednesday a new woman came forward with explosive allegations, saying she witnessed sexually abusive behavior by the Supreme Court nominee when he was a teenager and claiming she was gang-raped at a party he attended in the early 1980s.

The case has turned into a political firestorm ahead of congressional midterm elections, with the scandal threatening to derail Trump's push to get a conservative-minded majority on the top court.

(Except for the headline, this story has not been edited by NDTV staff and is published from a syndicated feed.)
Comments
Brett KavanaughBrett Kavanaugh sexual assault