Donald Trump yesterday pardoned D'Souza, who was sentenced to five years of probation in 2014 for violating federal campaign laws.

New York: US President Donald Trump's decision to pardon Indian-American conservative commentator Dinesh D'Souza is being strongly criticised, with New York Attorney General Barbara Underwood describing it as thwarting the cause of justice.

Donald Trump yesterday pardoned Mr D'Souza, who was sentenced to five years of probation in 2014 for violating federal campaign laws.

"Trump's latest pardon makes crystal clear his willingness to use his pardon power to thwart the cause of justice, rather than advance it. By pardoning Dinesh D'Souza, President Trump is undermining the rule of law by pardoning a political supporter who is an unapologetic convicted felon," Underwood said in a statement. 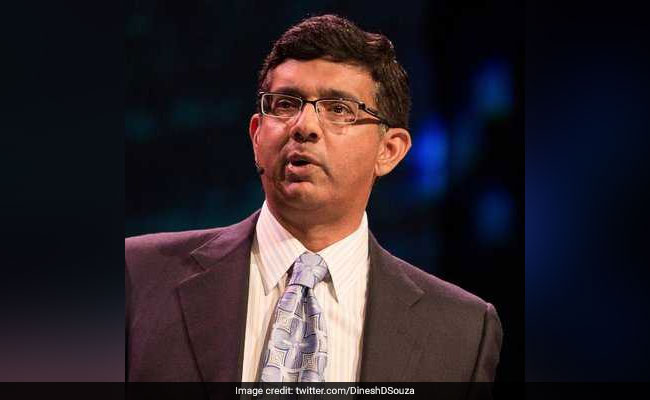 Donald Trump's decision to pardon D'souza has been met with widespread criticism.

The president, who has never met Mr D'Souza or spoken to him, called him last night to inform him of the pardon. Trump said he spoke to Mr D'Souza, "for three minutes last night...he almost had a heart attack."

Referring to previous pardons by Trump, Underwood said "we can't afford to wait to see who will be next."

Underwood called on lawmakers to act now to close New York's double jeopardy loophole and ensure that anyone who evades federal justice by virtue of a politically expedient pardon can be held accountable if they violate New York law. Closing the loophole would ensure that individuals could not evade accountability for any state crimes as a result of a strategically-timed pardon by the president.

The New York Times, in a scathing editorial on Trump's pardon of Mr D'Souza, said the president "uses whatever power he has to attack the people he feels have wronged him, and he will do what he feels he must to protect himself. For him, pardons are a means of vengeance."

The editorial titled "Dinesh D'Souza? Really?" said the message that can be taken from Donald Trump's executive clemency is that "maybe the president is sending a signal of loyalty and reassurance to friends and family members who may soon find themselves facing similar criminal charges in connection with the special counsel's Russia inquiry."
Comments
Donald TrumpDinesh D'Souzanew york attorney general