US Transgender Woman Lost Her Job. She Is Now Taking The Case To Court

Aimee Stephens's sacking will be at the heart of the debate. She's taking a risk but is determined to champion the cause of transgender workers at the United States' highest court. 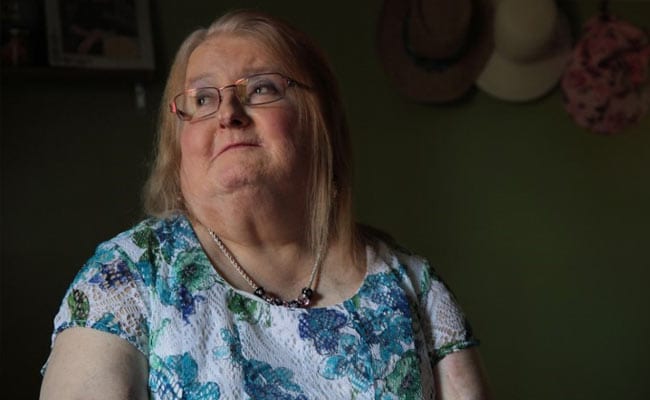 Aimee Stevens posing at her home in Michigan

Six years after losing her job at a Detroit funeral home, Aimee Stephens is taking her case to the US Supreme Court for a landmark hearing on whether a civil rights law barring sex discrimination at work protects transgender people.

"I was raised on a farm. I'm not afraid of getting a little dirty," said Stephens.

In a week, the nation's highest court will examine for the first time the rights of a community that, despite growing visibility, are still a major target for discrimination, particularly at work.

Stephens's sacking will be at the heart of the debate. She's taking a risk but is determined to champion the cause of transgender workers at the United States' highest court.

Born a boy 58 years ago, Stephens sensed the conflict in her identity since the age of five. But social opinion was not favorable towards questions of gender identity, so Stephens lived as a man, marrying and working as a funeral director.

In 2010, suffering from depression, Stephens came out to her wife, who accepted her true identity. Stephens then began dressing as a woman at home, or for small outings.

But for work, she continued to dress in men's clothing.

"I had been living two lives: one at home, one at work. As time goes on, I got to a point where being two people was becoming downright impossible," Stephens said Monday during a press conference in Michigan, where she lives.

The weight of her double life became so much that she began to contemplate suicide. "I ended (up) in my backyard with a gun on my chest," she said.

But "I realized I liked myself too much to just disappear."

Stephens decided to assume her female identity completely, beginning by telling some colleagues. In the summer of 2013, after a long internal debate, she wrote a letter to her employer to explain her situation and request a female uniform.

Two weeks later, the response came: "This is not going to work," her boss wrote, firing her. He offered her three months' salary if she agreed to forego any legal action.

"It hurt," Stephens admitted. "I went home, talked with my wife. She agreed that it wasn't right, that we need to do something about it."

Stephens took her case to court, explaining that "it was time that somebody stood up and said enough is enough."

Stephens struggled to find another job and finally had to give up the hunt due to a kidney failure that requires her to undergo dialysis three times a week.

Her financial situation deteriorated, as did her morale.

But things started to look up in March 2018: a federal appeals court ruled that her firing violated federal law forbidding sex discrimination in the workplace.

Rost appealed again, this time to the Supreme Court. He said Stephens's case imperiled his freedom of conscience, as well as risked upsetting his clients during their mourning process.

Rost has found an ally in President Donald Trump. The billionaire Republican has already rolled back several protective measures for transgender people, most notably his predecessor Barack Obama's decision to allow trans soldiers to enlist in the military.

The Trump administration claims that federal law barring discrimination on the basis of sex only applies to biological sex, not sexual identity or orientation.

Before it hears Stephens's case, the Supreme Court will also examine the sacking of two gay men.

With the addition of two Trump-nominated justices, five of the nine Supreme Court justices are conservative, so a victory for Stephens and the rest of the LGBT community is by no means guaranteed.

"Every human being deserves the same rights. That's all we are asking for," said Stephens, pointing out that the US Declaration of Independence guarantees citizens the right to the pursuit of happiness.

"We are not asking to be treated differently, but equally."

On Tuesday, Stephens will be in Washington for the hearing, where she hopes to run into her former employer.

"They never really got the chance to see me as the woman I am," she said.

(Except for the headline, this story has not been edited by NDTV staff and is published from a syndicated feed.)
Comments
Aimee StephensUS Supreme CourtTransgender Woman