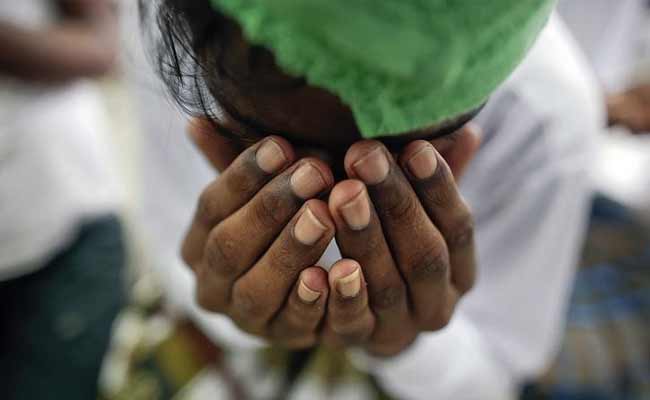 Nepali and Bangladeshi women who travelled to the Middle East on the promise of a good job, only to be trafficked into Syria. (Representational Image)

Murali Bhanjyang, Nepal: Nepali villager Sunita Magar thought she was heading to a safe factory job in Kuwait, but only when she landed in Damascus did she realise "something had gone very wrong".

Frequently beaten with a baton and given only one meal a day, Magar says she spent 13 months working as a maid for a Syrian household and pleading to be allowed to go home.

"I was just in shock, I couldn't stop crying," the single mother-of-two told Agence France Presse.

Magar is among scores of poor Nepali and Bangladeshi women who travelled to the Middle East on the promise of a good job, only to be trafficked into Syria, wracked by five years of civil war.

Nepal's top diplomat in the region said nationals from the Philippines, Indonesia and other countries, which, like Nepal and Bangladesh, have large migrant labour populations, stopped working in Syria because of the dangers involved.

"Since then traffickers have been targeting Nepalis," said Kaushal Kishor Ray, head of Nepal's diplomatic mission based in Cairo.

"The numbers have gone up hugely in recent years, we estimate there must be around 500 Nepali women in Syria," Ray told Agence France Presse.

In nearby Bangladesh, Shahinoor Begum lies in a Dhaka hospital bed recovering from her seven-month ordeal after being trafficked into Syria as a sex slave.

"I was sold to a Syrian man who tortured and raped me every day, sometimes along with his friends," Begum, also a single mother-of-two, said.

"I begged for mercy, but they didn't have any. Instead they used to beat me so badly that I broke my arms," she told Agence France Presse.

Accompanied by labour agents, the 28-year-old and several other women left Bangladesh on the promise of working as maids in Jordan.

But they too were taken to Syria, where fighting between the regime and rebel forces has left more than 260,000 dead and displaced more than half the population.

Lieutenant Colonel Golam Sarwar said his team from Bangladesh's elite Rapid Action Battalion are investigating her case and two others -- although families of 43 other women have lodged similar complaints.

Criminal networks target nationals from Nepal and Bangladesh in part because their governments have little diplomatic influence in the region and no embassy in Syria.

A Nepal government ban on migrant workers travelling to Syria has failed to stop the traffickers, an International Labour Organization (ILO) official said.

"Nepal's government thinks a ban is the easiest solution, it basically allows them to wipe their hands of the issue," said Bharati Pokharel, ILO national project coordinator in Kathmandu.

"India has much more diplomatic clout than Nepal or Bangladesh and traffickers are aware of this. They know Nepal is weak and that they will face no legal action for their activities," Pokharel told Agence France Presse.

Illiterate, trusting and desperate to dig herself out of poverty, Magar didn't hesitate when a labour broker approached her with a promise of a well-paid job in Kuwait. The 23-year-old says she didn't realise she had been duped until the plane landed in Damascus.

"I was always exhausted, always hungry, always afraid," Magar said of working 20 hours a day for no pay and sleeping on her employer's penthouse balcony.

At night, she listened to Nepali songs to try to drown out occasional sounds of gunfire and bombs and chase away thoughts of suicide.

When a massive earthquake hit Nepal last April, Magar stepped up pleas to her employers, who had confiscated her passport, to return home.

They contacted the broker who then demanded payment from Magar's family to ensure her release. Her mother then highlighted the case to local newspapers, kicking off a social media campaign.

Expat Nepalis as far afield as Finland and Hong Kong raised $3,800 to pay off her employers.

Magar, who finally arrived in Kathmandu in August, counts herself among the lucky few to have escaped.

A foreign ministry official said Neupane's request had been forwarded to its overworked embassy in Cairo, which covers nine countries including Syria.

"Frankly, we are not in a position to manage these cases from Cairo...what we need is precautionary action to prevent them from coming to Syria in the first place," said diplomat Ray.

But an apparent nexus between local labour brokers involved in trafficking and corrupt Nepali officials means they operate freely, according to experts.

"Even in the rare instance that a case is filed, it will just drag on with no possibility of resolution or a guilty verdict," said Krishna Gurung, project coordinator at Kathmandu's Pourakhi emergency shelter house for female migrant workers.

In her village of Murali Bhanjyang in central Nepal, Magar has little hope of seeing the traffickers brought to justice.

"I still have nightmares about that time...I start crying in my sleep," she said.

"Sometimes it feels like none of this is real, like I am back on that balcony in Syria, dreaming of Nepal."