Lawmakers were unsatisfied with Facebook's response last year to revelations that Russian trolls had manipulated its network to meddle in the 2016 election. 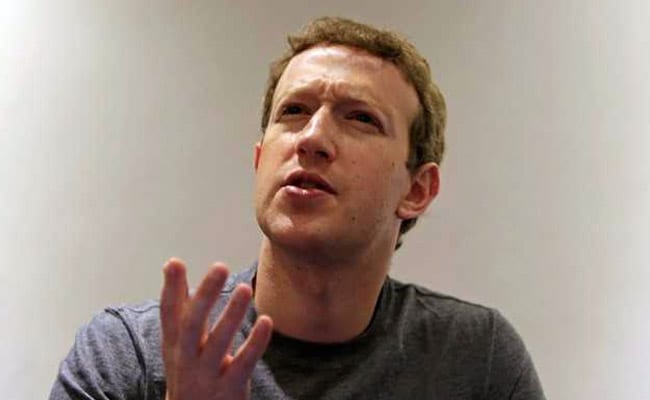 Washington: Facebook CEO Mark Zuckerberg will face tough questions from Democrats and Republicans during two days of congressional hearings this week, even as his company has taken steps that may defuse some of their frustration.

Lawmakers were unsatisfied with Facebook's response last year to revelations that Russian trolls had manipulated its network to meddle in the 2016 election. And despite promises to overhaul its business practices, Facebook is still struggling to rein in fake news, fake accounts and troll farms.

After his company spent years trying to minimize the extent of its privacy issues, Zuckerberg admitted Facebook still can't fully quantify how much of its users' data was improperly scooped up by research firm Cambridge Analytica -- or by others. Facebook said last week that data on most of its 2 billion users could have been accessed improperly through abuse of some of its features.

Zuckerberg admitted making mistakes during a conference call last week, and the company announced new actions to protect user data. It also came out in favor of a Senate bill that would require public disclosure of online political advertising.

He is scheduled to appear Tuesday afternoon before a joint hearing of the Senate Judiciary and Commerce committees. On Wednesday morning, he is to testify to the House Energy and Commerce panel.

Here are some of the questions Zuckerberg may face:

Regaining trust is arguably Zuckerberg's biggest challenge as he faces skeptical lawmakers who wonder if the company's business imperatives trumped its responsibility to the public.

Last week, the company said it removed a longstanding feature that let users enter phone numbers or email addresses into Facebook's search tool to find other people. That was being used by malicious operatives to scrape public profile information, it said. But lawmakers want to know why Facebook didn't have a better understanding of how its network and tools were being used -- or misused.

"We didn't take a broad enough view of what our responsibility was and that was a huge mistake. It was my mistake," Zuckerberg told a conference call with reporters. "We're broadening our view of our responsibility."

Lawmakers like Senate Judiciary Chairman Chuck Grassley of Iowa or Commerce Chairman John Thune of South Dakota will want more than a mea culpa. They'll demand assurances that they won't be right back in the same situation a year from now -- after another election.

"It may be the case" that regulation is necessary, Republican Sen. John Kennedy of Louisiana said on Sunday, adding that Congress could consider whether users own their data, have the right to erase it, or must consent to its sale.

Zuckerberg has already said he doesn't know the answer to this question, and company officials have similarly responded in closed-door briefings with lawmakers, but that will be harder to brush off publicly before Congress.

"We're not going to be able to go out and find every single bad use of data, but what we can do is make it a lot harder for folks to do that going forward," Zuckerberg said last week. "I think we will be able to uncover a large amount of bad activity that exists."

A problem for Facebook: Even if they close the proverbial barn door allowing mass data harvesting, enormous databases are already out in the wild, and the company doesn't know for sure who has them.

Zuckerberg has said the company can try to make it harder for the wrong people to misuse data in the future, but expect lawmakers like Democratic Sens. Richard Blumenthal of Connecticut or Dianne Feinstein of California to press him for specifics.

Klobuchar and Kennedy were among the first senators to demand that Zuckerberg testify, and she has said legislation is needed to require a uniform standard for disclosure of online political ad spending. Klobuchar has also started to question whether Facebook and other social networks should continue to enjoy blanket legal protections from liability that other media organizations do not possess.

Zuckerberg will also likely be asked whether the company violated a 2011 consent decree with the Federal Trade Commission intended to protect user privacy, though company executives have said they believe they did comply. The commission has said it's investigating the company's actions.

Reports surfaced back in 2015 that Republican Sen. Ted Cruz's presidential campaign was using psychological data from Cambridge Analytica that had been harvested from millions of Facebook users without their knowledge.

Zuckerberg can expect pointed inquiries into Facebook's record-keeping and auditing practices and why it took the company three years and assorted news stories to act. In particular, lawmakers want to find out what company officials knew, when they discovered it and why didn't they disclose it earlier.

Facebook has disclosed details of deceptive ads and content promoted by a pro-Kremlin group in Russia called the Internet Research Agency during the 2016 election, but it's unclear whether other Russian troll farms were operating as well.

Democratic senators and House members have worried that Facebook hasn't fully examined whether other troll farms may have been involved in a Russian effort to aid Donald Trump and hurt Hillary Clinton. This has been of particular to concern to Warner, the top Democrat on the Intelligence Committee. The chairman of that panel, Republican Richard Burr of North Carolina, hasn't said yet whether he will call Zuckerberg and other chief executives to testify before his committee.

As a company, Facebook relies on profits from precision targeting of ads and engaged users, which is hard to balance with demands to protect user privacy and stamp out content that's deceptive or false.

Zuckerberg told reporters that doing what's best for users in the long run is an easy decision for the company, but defended the targeting of advertising because users find relevant ads more useful.

This is at the core of a lot of questions Zuckerberg can expect. Kennedy, who wants to know more about the algorithms Facebook uses for what posts to show to its users, said Sunday he fears privacy issues and "the propagandist issue are both too big for Facebook to fix."

While the company has said it will notify people who interacted with Russian propaganda from the Internet Research Agency via likes or shares, a number of lawmakers have pressed the company to notify the much larger group of people who merely saw the content on their feeds.

The company has also said it will notify the 87 million people whose data it estimates could have been accessed by Cambridge Analytica.

Republican senators, including Cruz and fellow Texan John Cornyn, have voiced concerns that social media companies could increasingly silence or downgrade the visibility of conservative voices under the guise of a crackdown on fake news.

At an earlier hearing, Cruz pressed top lawyers for Facebook and other social media companies on concerns about bias and whether they consider themselves a neutral public forum -- or not.

Facebook is promising to take on government-scale responsibilities in trying to prevent abuse of its enormous network around the world. But its record in detecting such abuses has been spotty.

Zuckerberg has sole voting power for major decisions, raising questions about his accountability and ability to handle such responsibility.

Kennedy has previously said that Facebook has become so big it's more like its own country than just a company.

Promoted
Listen to the latest songs, only on JioSaavn.com
Even so, Congress may not be too keen on going down this particular road. Republicans have little interest in new regulations, while many Democrats tend to ally themselves with the tech industry.