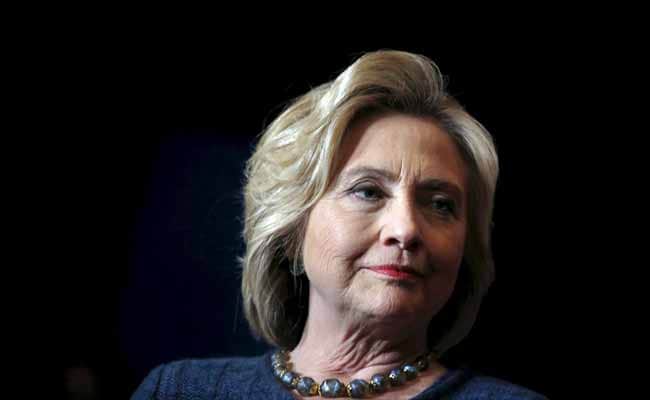 Hillary Clinton's campaign reacted with fury to the announcement, demanding that the emails be released in full in order. (File Photo)

Washington, United States: The State Department said Friday that material that should have been marked "Top Secret" has been found in seven email chains from former secretary of state Hillary Clinton's private server.

Spokesman John Kirby said the emails, which he described as "22 documents covering 37 pages," would therefore not be released publicly along with other emails from the Democratic White House candidate's controversial archive.

The revelation comes three days before Clinton -- the frontrunner for the Democratic presidential nomination -- goes to battle in the Iowa caucus, the first time the public will cast ballots on the long road to Election Day in November.

"These documents were not marked classified at the time they were sent," Kirby told a news briefing, explaining that the mails had been reviewed prior to public release and found to contain "Top Secret" information.

"We can confirm that later today, as part of our monthly FOIA productions of former Secretary Clinton's emails, the State Department will be denying in full seven email chains," he said, referring to the Freedom of Information Act.

"The documents are being upgraded at the request of the intelligence community," he added, without naming the spy agency involved, as is normal practice in official US statements.

Clinton's campaign reacted with fury to the announcement, demanding that the emails be released in full in order to defuse a burgeoning scandal that could critically damage her 2016 presidential hopes.

"This appears to be over-classification run amok. We will pursue all appropriate avenues to see that her emails are released in a manner consistent with her call last year," the campaign, Hillary for America, declared.

Another 18 emails, from eight email chains, sent between then secretary Clinton and President Barack Obama will also not be released as part of the scheduled Friday night document dump.

But Kirby said this was not because these emails contain any classified information but was instead in order to preserve Obama's privacy while he remains in office. These emails may be released after he leaves the White House next year.

"To be clear, the emails between then Secretary Clinton and President Obama have not been determined to be classified," he said.

"They are entirely separate and distinct from the emails in today's release that were upgraded to top secret, secret or confidential, and I'm not going to speak again to the content of the email traffic."
In the build-up to Friday's release, several leaks to US media have suggested that highly secret information had been found on Clinton's private server, which she used while in office instead of an official government account.

The revelation of the so-called "homebrew" server was an early embarrassment for her campaign, but she has long insisted that no information marked as classified had been put at risk by her unusual arrangement.

Her campaign returned to this theme in her statement.
"After a process that has been dominated by bureaucratic in-fighting that has too often played out in public view, the loudest and leakiest participants in this interagency dispute have now prevailed in blocking any release of these emails," it said.