Meng Wanzhou, Huawei's chief financial officer and the daughter of its founder, was indicted along with Huawei and two affiliates in a US case related to alleged Iran sanctions violations that has inflamed tensions with China. 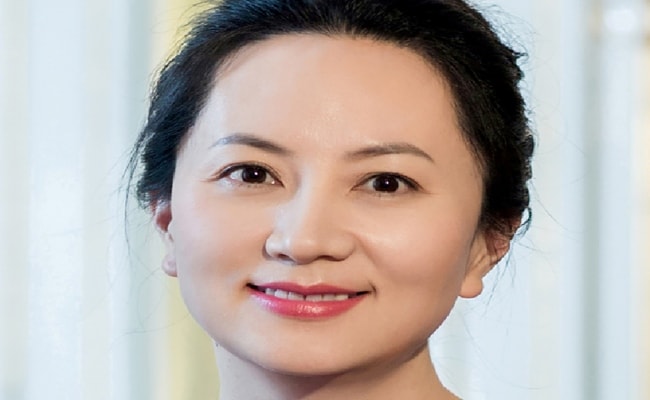 Meng Wanzhou was arrested at Washington's request on December 1

The extradition hearing for a top Huawei executive at the center of a diplomatic row between Ottawa and Beijing was pushed back to March on Tuesday, after the US unveiled sweeping charges against her and the Chinese tech giant.

Meng Wanzhou, Huawei's chief financial officer and the daughter of its founder, was indicted along with Huawei and two affiliates in a US case related to alleged Iran sanctions violations that has inflamed tensions with China.

She was arrested at Washington's request on December 1 as she changed planes in Vancouver, and was later released on bail pending a decision on extradition to the US.

In Meng's first court appearance since being released, the judge moved the start of her extradition hearing to March 6, a month later than previously scheduled, in order to allow the defense time to review the evidence in the case.

"By the time all the individual's rights are exhausted, they can actually take a long time," he told journalists in Ottawa.

At the end of the process, if a judge orders an extradition, the attorney general would have the "final say," he added.

The case has drawn Canada into an escalating diplomatic crisis with Beijing, which has detained two Canadians in what was widely seen as an act of retaliation for Meng's arrest.

Over the weekend, Canada sacked its ambassador to China after he said that he believed the US extradition request was flawed.

China reacted furiously to the US criminal charges, saying they were the product of "strong political motivations and political manipulations."

The company also denied any wrongdoing.

Canadian officials have confirmed to AFP that they received a formal extradition request from the US.

The US Justice Department has announced 13 charges against Meng, Huawei and two affiliates.

The indictment was unsealed as China's top trade negotiator arrived in Washington for high-stakes talks with US officials, which could complicate efforts to avert a deepening of their trade war.

In addition, 10 US federal charges were filed against two Huawei affiliates for allegedly stealing technology from T-Mobile.

But acting US Attorney General Matthew Whitaker said there was nothing in the indictment that alleged Chinese government involvement in either case.

The Chinese foreign ministry accused Washington of using "state power to discredit and crack down on specific Chinese companies in an attempt to strangle the enterprises' legitimate and legal operations."

It renewed Beijing's demand for the US to drop its warrant against Meng and for Canada to release her.

The accusations against Meng allege that between 2007 and 2017, she, Huawei and subsidiaries sought to mask their business with Iran in violation of US and UN sanctions on the country.

That violated US laws, the Justice Department said, because the Iran business involved US-dollar transactions processed by banks through the United States.

Huawei and the affiliates also lied to US authorities, obstructing the investigation, they said.

The second case charged that Huawei made a concerted effort to steal technology related to a phone-testing robot dubbed Tappy from a T-Mobile USA lab in Washington state.