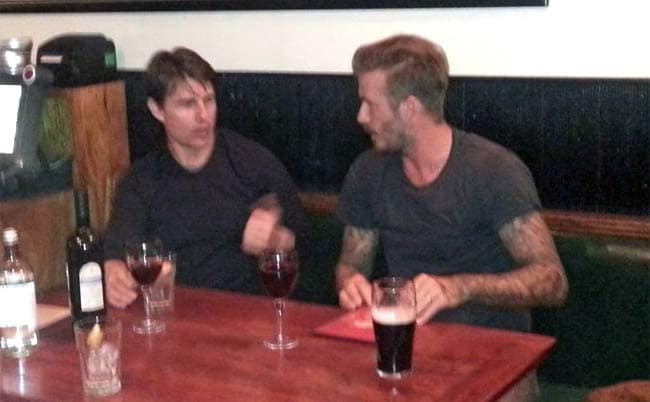 David Beckham and Tom Cruise left fans stunned as they enjoyed drinks at a pub in Notting Hill, London

London: Tom Cruise and David Beckham took time off from action-starring and bending it to grab a drink at an Irish pub in London's famous Notting Hill area.

Photos of the celebs were posted on Instagram by locals.

Promoted
Listen to the latest songs, only on JioSaavn.com
David Beckham, former captain of the England football team, and his wife, fashion designer and former Spice Girl Victoria, attended Tom Cruise's wedding in 2006 to actor Katie Holmes. The couple divorced in 2012.

"The A-list pals seemed to be enjoying each other's company as they shared a bottle of wine, while Beckham also nursed a pint of Guinness", reported the New York Daily News.