The dead officer had been in charge of traffic control near Tokyo's famed Harajuku fashion district where the attack occurred moments into the new year. 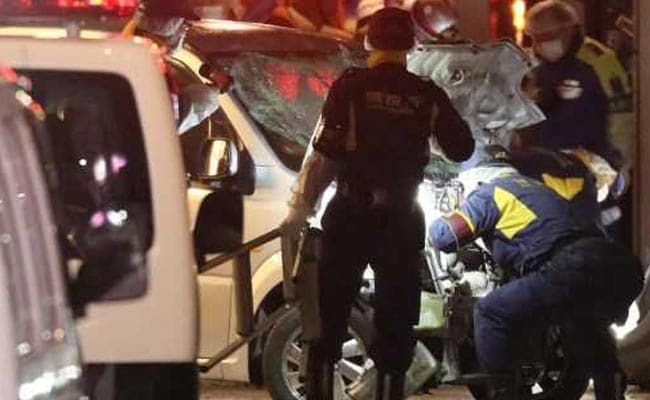 The attack in Tokyo saw a 21-year-old drive a car into crowds and leaving nine injured.

Tokyo police are investigating the suicide of an officer in charge of traffic control near the scene of a New Year's Eve car ramming attack that injured nine people, police and media said.

The day after the incident, a 36-year-old officer from the local traffic department was found dead in the basement of Harajuku police station, according to Tokyo police.

"The officer was bleeding from his head. He had a gun in his right hand and one bullet had been fired from the gun," a Tokyo police spokesman told AFP on Monday.

"We're investigating why this happened," he said, without elaborating further.

Public broadcaster NHK reported, citing police sources, that the officer had been in charge of traffic control near the district where the attack occurred moments into the new year.

The broadcaster said the policeman had been suffering from harassment at work, and reported he left behind a suicide note, without giving details of its contents.

The attacker, who reportedly drove the vehicle from near the western city of Osaka, is under arrest on suspicion of attempted murder.

He has reportedly told police he was acting in "retribution for the death penalty", but the specifics of his motive remain unclear.

(Except for the headline, this story has not been edited by NDTV staff and is published from a syndicated feed.)
Comments
Tokyo accidentTokyo police