It was decided that May 1 would be celebrated as International Workers' Day to commemorate the aftermath of a bombing at a labour protest. 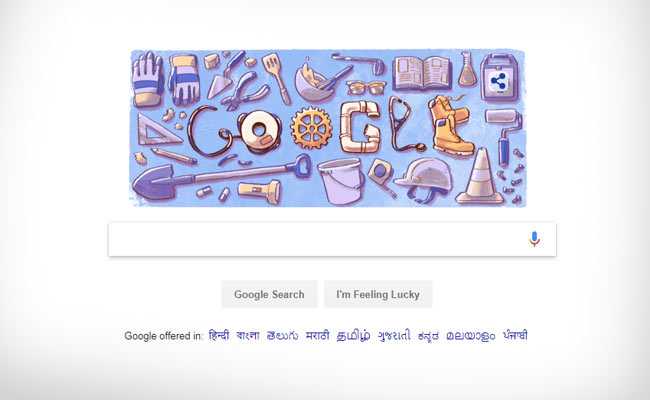 Google Doodle: Labour Day, or International Workers' Day, is celebrated on May Day

New Delhi: Today's Google Doodle celebrates Labour Day, also known as International Workers' Day. Celebrated on May Day, which is May 1, Labour Day celebrates the working classes and labourers. The origins of Labour Day date back to the late 19th century when the trade union and labour movements were growing in the US. Labour Day is a public holiday in many countries including India, although it is now not given the same importance as it used to be given earlier in north India.

It was decided that May 1 would be celebrated as International Workers' Day to commemorate the aftermath of a bombing at a labour protest against the police in Chicago in 1886. On May 4 1886, a peaceful rally was taking place at Haymarket Square in Chicago in support of workers striking for an eight-hour working day and in protest of the killing of many workers on the previous day by the police.

As the protest went on, an unknown person threw a dynamite bomb at the police as they acted to disperse the protesters. Gunfire ensued after the bombing and seven police officers an at least four civilians were killed. The incident is remembered as the Haymarket affair, or the Haymarket massacre. The place in Haymarket Square where the incident happened was designated a Chicago Landmark in 1992.

May Day was formally recognized as an annual event in 1891. But following the May Day riots of 1894 in Cleveland, the International Socialist Congress, Amsterdam 1904 called on "all Social Democratic Party organisations and trade unions of all countries to demonstrate energetically on the First of May for the legal establishment of the 8-hour day, for the class demands of the proletariat, and for universal peace."

The congress made it "mandatory upon the proletarian organisations of all countries to stop work on 1 May, wherever it is possible without injury to the workers."

Promoted
Listen to the latest songs, only on JioSaavn.com
May Day has been a focal point of protests by various socialist and communist groups and is an important holiday in communist countries like China, North Korea, Cuba and the former Soviet Union countries.

In India, May Day is celebrated as "Antarrashtriya Shramik Diwas" and is an important occasion in states like West Bengal.