The conman made up stories about his parents, his profession, and the financial difficulties to extract money from the women. 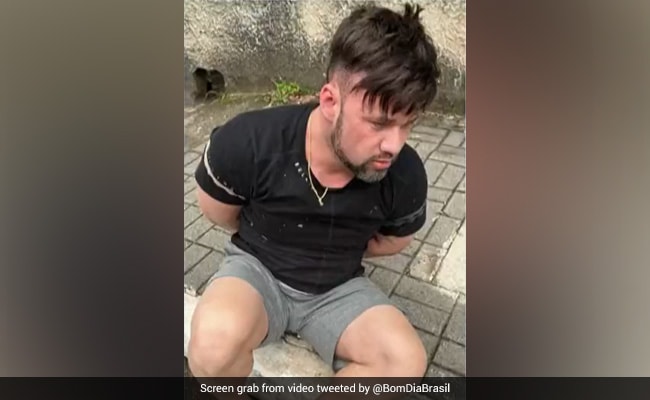 Gomes would tell his victims his parents died in a car crash.

A Brazilian man who allegedly used a sad story to con seven wealthy ladies was arrested after leading police on a chaotic car chase. The "Tinder Swindler" of Brazil, Renan Augusto Gomes, 36, defrauded wealthy women out of thousands of dollars by claiming to be an orphan. Seven women reported him to the police, and he was then taken into custody. He would claim that his parents had died in a car accident to putative victims.

Gomes was arrested in Brazil's Sao Bernardo do Campo municipality after trying to escape the police. One of the victims said that after convincing her to believe his fake story, he stole $38,042 from her.

According to the Brazilian news portal G1, police officials found that Gomes used the identity Augusto Keller for various dating profiles on Lovoo, Happn, and Tinder. He would use these applications to communicate with his targets, claiming that his parents were German and had been killed in a car collision in Aracatuba.

He would use these applications to communicate with his targets, claiming that his parents were German and had been killed in a car collision in Aracatuba.

Additionally, he made up information about his profession, telling all the women that he was a civil engineer who loved to cook and was searching for a committed relationship.

The suspected con artist would then begin dating his victims, who were all between the ages of 34 and 40, start working in jobs with significant salaries, and even start getting to know their families.

The women were then reportedly told by Gomes that he was having financial difficulties before taking out sizable loans from them.