The site where the Mi-8 chopper crashed is some 480 kilometres east of the capital Dushanbe in the Pamir range, a key tourist destination. 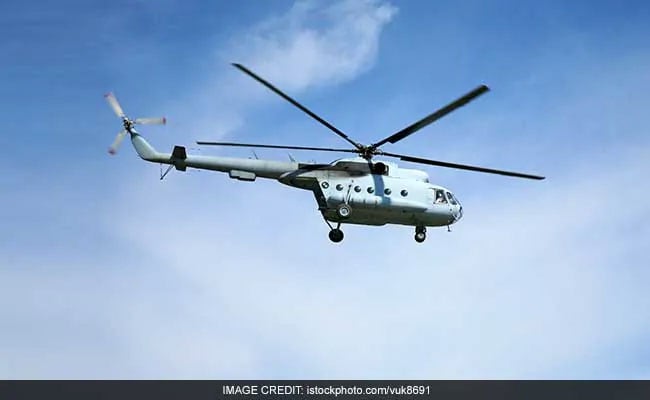 Twelve other climbers and a third crew member survived the accident. (Representational)

Twelve other climbers and a third crew member survived the accident, which took place on Sunday at 1130 GMT, and were evacuated from the site for medical treatment, authorities said.

Of the 12 surviving climbers, all are Russian except for a Belarusian and a Spanish national.

The site where the Mi-8 chopper crashed is some 480 kilometres (300 miles) east of the capital Dushanbe in the Pamir range, a key tourist destination.

Emergency services said the climbers had been climbing the Ismoili Somoni mountain, which was once known as Peak Communism and used to be the highest in the Soviet Union.

The accident comes two weeks after four Western cyclist tourists were killed in an attack initially reported as a hit-and-run road accident, striking a blow to Tajikistan's emerging tourism sector.

The attack that saw the tourists rammed with a car before being attacked with knives was claimed by the Islamic State group, although the authoritarian government refused to acknowledge the group's claim.

The cyclists - two Americans, one Swiss citizen and one Dutch citizen, had been travelling through the Pamirs, which are often referred to as "the roof of the world".