This Bus Combats Pollution As It Moves

The filter is fitted on the roof of the bus and is made in an "engine barrier-type filter construction" which is designed for particle removal efficiency without impacting the passengers or their travel. 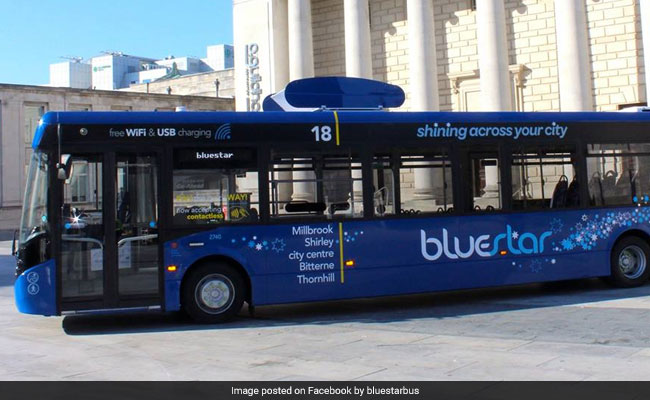 The Bluestar Bus comes with an attached filter which is manufactured by Pall Aerospace.

United Kingdom's largest bus and rail operator, the Go-Ahead Group, has launched a green bus that purifies air as it moves.

The Bluestar Bus comes with an attached filter which is manufactured by Pall Aerospace. The said filter removes ultrafine particles from the air and traps them as the bus moves through the streets.

As part of a pilot project, the bus plies in Southampton, according to an official statement by Go-Ahead.

The operator's Chief Executive David Brown said, "We want this pilot to show that buses should be looked at as not just the solution to congestion in cities, but also as a solution to the air quality problem."

"As the bus removes the ultrafine particles from the air as it travels along the route, it is helping solve the air quality problems of the city. This bus will clean the air on its route 1.7 times a year to a height of 10 metres - imagine the change we could make to air quality if all buses had this technology," he elaborated.

"So that's the same as saying that on a typical route, working a 10-meter radius, the bus will clean the air within that tunnel 16 times a year," Simpson claimed.

He further stated, "If you factor that over a larger number of buses then you can start to see that it will make a difference."

The filter is fitted on the roof of the bus and is made in an "engine barrier-type filter construction" which is designed for particle removal efficiency without impacting the passengers or their travel.

Air pollution causes an estimated 40,000 early deaths in the UK every year, due to which a clean air strategy has been launched by the government. British ministers have previously termed the air pollution menace as a "public health emergency", according to a UN Environment statement.

Back home, a thick cover of smog and dust continues to blanket Delhi, as air pollution levels have reached alarming rates in the past few days.

With air pollution taking a toll on daily life internationally, initiatives like the Bluestar bus are certainly a small step towards combating the menace.