Sunnylands Roster Of The Rich And Famous About To Get Longer 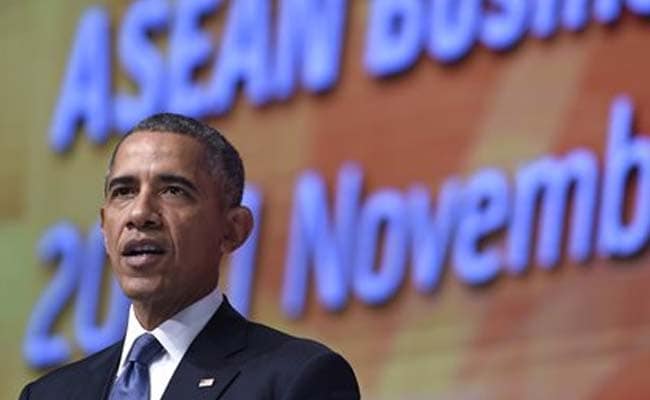 Rancho Mirage, California: The guest list at Sunnylands reads like a roster of the rich and famous, from years past to today: Frank Sinatra, Bob Hope, Fred Astaire, Bing Crosby, Warren Buffet, Bill Gates and Queen Elizabeth II, to name a few.

President Barack Obama will add more names to the VIP record today when he turns the 200-acre California desert estate into a center of international diplomacy and welcomes Southeast Asian leaders for a two-day summit about economic and regional security issues.

In years past, Obama has flown to the annual summits of the Association of Southeast Asian Nations. Last fall in Malaysia, he invited the 10 member countries to meet on US soil for the first time, part of his effort to sharpen the US policy focus on the fast-growing Asia-Pacific region.

While leaders from Indonesia, Malaysia, the Philippines, Singapore, Thailand, Brunei, Vietnam, Laos, Myanmar and Cambodia will be seeing Sunnylands for the first time, Obama has increasingly used the estate's tranquil setting as a place to conduct US foreign policy.

An added lure for an avid golfer like Obama is Sunnylands' nine-hole course. It's considered one of the country's best.

Sunnylands "lends itself to kind of a stepped-back, broader strategic set of discussions in a very peaceful setting in which the leaders can get to know one another and really try to dig in over an extended period of time in a way that you couldn't in a one-hour meeting here at the White House," Rhodes said.

Obama first visited Sunnylands in June 2013 for an unusual but informal summit with Xi Jinping, who only months earlier had been installed as China's newest leader. China will not be represented at Sunnylands because it is not a member of ASEAN.

Obama returned to Sunnylands in February 2014 to meet with King Abdullah II of Jordan, an important Middle Eastern ally.

Rhodes said the gathering of Southeast Asian leaders would be another "no-tie" summit, like Obama's meetings with Xi and Abdullah.

Obama's use of Sunnylands is reminiscent of how then-President George W. Bush used his Texas ranch while he was in office.

The former president took advantage of the ranch's informal setting and regularly invited foreign counterparts to Crawford for talks. Bush spent so much time in central Texas that the ranch was dubbed the "Western White House." Bush added an even more personal touch by driving some of the leaders around the sprawling property in his white pickup truck.

Walter and Leonore Annenberg, the late philanthropists who built Sunnylands, long hoped the property they used as a winter home would become the "Camp David of the West." Annenberg was a diplomat who entertained royalty, presidents and celebrities at Sunnylands. He and his wife willed the property to a family trust in hopes that presidents and other high-ranking U.S. government officials would use it to foster international diplomacy, said Janice Lyle, director of the Sunnylands Center & Gardens.

Obama is the eighth US president since the mid-1960s to take advantage of the 200-acre property, which includes the Annenberg's 25,000-square-foot-home, 11 lakes, the golf course, a tennis court and a swimming pool, along with many walking paths, reflecting pools and multiple varieties of wildlife and desert-appropriate landscaping.

Holding the summit at Sunnylands underscores to the ASEAN leaders that they are important to Obama, even as his presidency nears its end.

"The White House sees Sunnylands as very special treatment ... where the president of the United States is leaving Washington and he's going to spend two full days exclusively focused on these leaders and these individuals," said Murray Hiebert, who studies Southeast Asia at the Center for Strategic and International Studies.

Hiebert said many of the ASEAN leaders have never been to Washington and would prefer to have been invited to the White House.

But given the range of political systems, from open democracy to one-party rule and the chickened human rights records among member countries, the Sunnylands venue puts distance between them and the White House and what it represents while still giving the summit a feeling of specialness and exclusivity.