The former President made the revelations during the recording of the "Hillary" miniseries, which premieres on Friday on streaming service, Hulu. 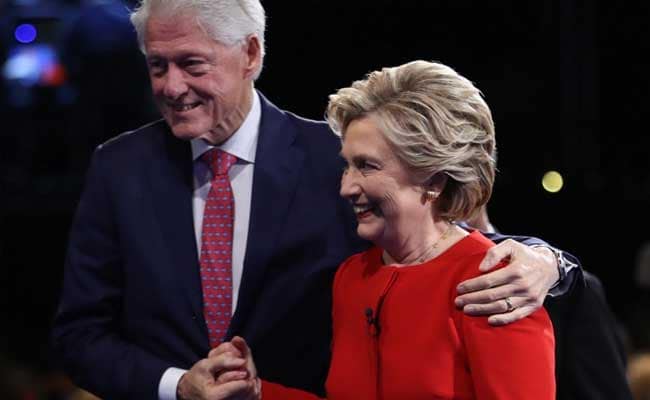 The Clinton-Lewinsky scandal was a US political sex scandal that came into light in 1998. (File)

Former US President Bill Clinton has said his affair with then-White House intern Monica Lewinsky was something he did to manage his anxiety.

The former President made the revelations during the recording of the "Hillary" miniseries, which premieres on Friday on streaming service, Hulu, speaks of his wife's 2016 presidential campaign, life as a State Secretary, and thoughts on the Lewinsky scandal, reports Efe news.

"Everybody's life has pressures and disappointments, terrors, fears of whatever," the former President said.

"Things I did to manage my anxieties for years. I'm a different, totally different person than I was, a lot of that stuff 20 years ago," he added, referring to the affair.

He said in one of the chapters of the Hulu miniseries that he looked for distractions for years to better manage his anxiety.

"Maybe it's just getting older but I hope it was also going through a lot of this. But whatever, what I did was bad but it wasn't like - how can I think about the most stupid thing I could and do it," he said.

"It's not a defence, it's an explanation. I feel awful."

On the incident that took place between 1995 and 1997 and came to light in 1998, over which the House of Representatives initiated an impeachment process against him, Bill Clinton said he first lied to his wife after several denials until it became too obvious.

"I went and sat on the bed and talked to her. I told her exactly what happened, when it happened. I said I feel terrible about it," he said, adding that what he did was "inexcusable" and indefensible.

Hillary Clinton said she was "devastated" and that she could not believe her husband had lied to her.

The documentary also addresses the marriage therapy sessions they attended following the affair with Lewinsky, in which the former President said the decision was hard but necessary.

"Counselling was one of the hardest things I've ever had to do but it was necessary," he said.

Bill Clinton said he felt bad that Monica Lewinsky had been unfairly defined by the incident, adding that he had watched her trying to get a "normal life" back over the years.