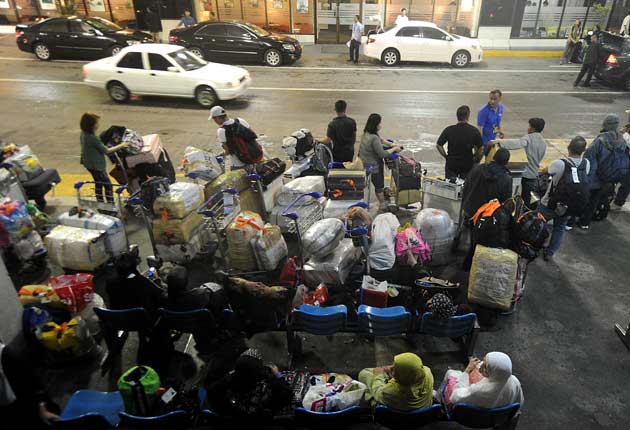 Manila's crowded Terminal 1 was ranked the world's worst by travellers based on comfort, convenience, cleanliness and customer service. (File Pic)

Manila, Philippines: The Philippines' main Manila airport terminal has been named the world's worst for the second year in a row in a survey by an online travel website.

Officials on Friday brushed off the survey results, insisting conditions were being improved.

"The Guide to Sleeping in Airports" website said Manila's crowded Terminal 1 was ranked the world's worst by travellers based on comfort, convenience, cleanliness and customer service.

"These are old issues," Terminal 1 manager Dante Basanta told AFP, adding that the problems were already being addressed by the government.

He conceded that the Manila airport, with a capacity of about 6.5 million passengers annually, was overstretched, handling 8.1 million travellers last year.

Terminal 1, the oldest of its four passenger terminals, was built 32 years ago.

The government has launched a 2.5-billion-peso ($58 million) renovation programme for the terminal.

Promoted
Listen to the latest songs, only on JioSaavn.com
It is also attempting to decongest it by moving at least three million passengers a year to a newer terminal.