The Farmers, Their Little Pigs And The Wolves: An Italy Earthquake Survival Tale 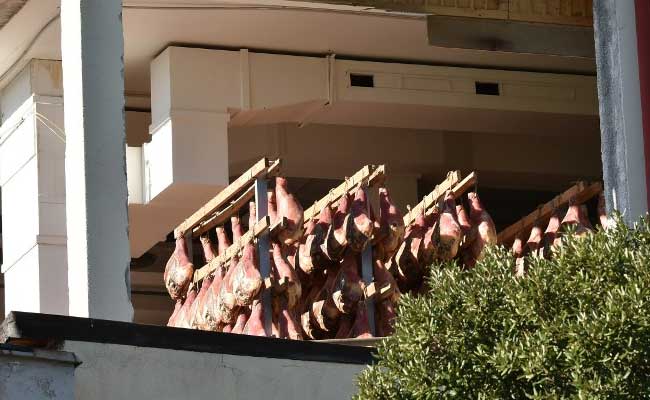 A damaged building in a production of traditional ham (prosciutto di Norcia), on October 31, 2016

The first of this year's devastating tremors, on August 24, left their farmhouse on the outskirts of Norcia looking like a bombed-out shell.

Asleep inside at the time, pig breeders and award-winning ham producers Ada and Giuseppe Fausti were lucky to get out alive.

Three months later, Ada allows herself a wry smile as she inspects a first floor bedroom that is now open to the elements on two sides.

"We did have a pretty miraculous escape," she says. "What we didn't know was that just the start of it."

This time the epicentres were much closer to Norcia, a town with medieval roots that has long been synonomous with production of the cured hams, salamis and pure pork sausages that are cornerstones of Italy's culinary heritage.

In the space of six days, the Faustis lost the use of their pig barn, their curing store and the shop where they treated customers to tastings of prosciutto crudo (raw hams) and other acclaimed products from their stock of indigenous, free range Suino Cinto and Rosa Perugino pigs.

To add insult to injury, the quakes also disrupted a supply of spring water that had kept 400 pigs watered while they foraged freely across 100 hectares (about 250 acres) of wooded mountain side in the Monti Sibillini national park.

With no barn to shelter sows before and after giving birth, new-born piglets suddenly became vulnerable to the threat of wolves that roam the rugged Appenine highlands.

The trauma of the quakes also took its toll: most of the sows carrying litters at the time miscarried. 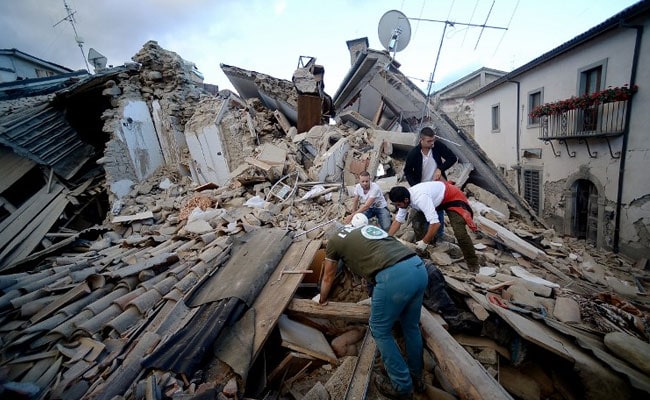 Central Italy was struck by a powerful, 6.2-magnitude earthquake on August 24. (AFP)

The Faustis meanwhile were left desperately wondering what to do with more than 200 valuable prosciutto legs they had no place to store.

With the total damages running into seven figures and virtually none of it covered by insurance because of the region's record of seismic activity, it seemed for a while as if the business would be reduced to rubble just like St Benedict's basilica in the heart of Norcia.

A month later, however, the family business is up and running again, their savoury delicacies once more being dispatched to discerning customers around the world.

A media appeal launched by daughter Valentina ensured all the hams without a home were sold, friends pitched in by offering temporary shelters, the curing centre has been patched up sufficiently to resume operations at around half capacity and a new wooden barn is on its way to the farm.

"Solidarity worked well," says Valentina, but she admits it has not been easy. "It has been non-stop, I think the worst thing is never having any time when you can just relax."

Worries about wolves and the water supply meant the family spent the first ten days after the August quake sleeping in their cars on the farm.

They then briefly decamped to a tent and now home for five adults is a cramped camper van parked at the back of the curing store.

"We are a stubborn bunch, in this part of the world," says Ada, batting away a suggestion that they might have been tempted to move their business somewhere less prone to seismic disruption.

"This is where we are from, this is what we do and there have been a lot of sacrifices to get us to where we are. We can't give that up.

"And besides, our hams tastes the way they do because they are produced here. It would not be the same anywhere else."

Her husband Giuseppe strikes a similar tone as he explains why his most expensive hams - which sell for 150 euros/kg and have appeared on the menu at the White House - come from pigs slaughtered in the dead of winter.

"All summer and autumn they have been eating acorns, fruits of the forest, different grasses and grains, even truffles," he says. "That's why the hams are so intensely flavoured and also why studies show they are rich in Omega 3 and 6.

"You have to learn how to taste them, almost like a wine."

Promoted
Listen to the latest songs, only on JioSaavn.com
Some of those precious hams are currently trapped in the cellar of the Fausti's home and will not be accessible until the upper storeys are safely demolished.

"I am not too worried about them - the temperature and the humidity down there are perfect, the hams will only get better," Giuseppe says.