The Bizarre Story Behind Playboy's Highest-Selling Issue Ever 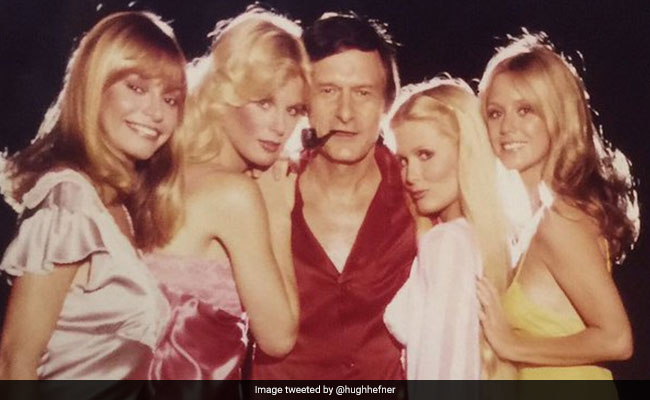 After the death of Playboy founder Hugh Hefner, who died Wednesday at age 91, recollections of the magazine's most famous moments poured in. But one of the publication's strangest stories involves its reportedly highest-selling issue of all time: the November 1972 edition, with Swedish model Lena Soderberg as the centerfold. And the issue's popularity partly has to do with. ... computer programming.

It all started in the summer of 1973, when a group of engineers at the University of Southern California were trying to help a colleague scan an image for a research paper, according to an Institute of Electrical and Electronics Engineers newsletter.

"They had tired of their stock of usual test images, dull stuff dating back to television standards work in the early 1960s," Jamie Hutchinson wrote. "They wanted something glossy to ensure good output dynamic range, and they wanted a human face."

They got one! As they were looking for a photo, an employee walked into the lab with a copy of the November 1972 Playboy, which featured Pamela Rawlings on the cover. But, as Playboy readers tend to do, the researchers went straight to the centerfold to get their image. It was a workplace, so the researchers were tasteful - they scanned and cropped the top third of Soderberg's photo shoot, so only her face and her bare shoulder were visible.

The picture, commonly referred to as the "Lenna," made history. (Soderberg went by the name "Lenna Sjooblom" in the magazine.) As the newsletter stated, the image processing research associated with the Soderberg photo would eventually "lay the foundation for the JPEG and MPEG standards."

"Since that time, images of the Playmate have been used as the industry standard for testing ways in which pictures can be manipulated and transmitted electronically," the Carnegie Mellon University's School of Computer Science states. "Over the past 25 years, no image has been more important in the history of imaging and electronic communications, and today the mysterious Lena is considered the First Lady of the Internet."

The Soderberg centerfold issue sold 7.16 million copies, topping the list of Playboy's top-selling issues. Soderberg also became a rock star in computer programming circles, given that her image was used so frequently. She attended the Society for Imaging Science and Technology's conference in 1997, where she signed autographs.

But while Soderberg's photo may have paved the way to new technology, not everyone has been thrilled with her ubiquity - from high school students dismayed that the image is used in classrooms to people in the computer science field who find it sexist.

"Some view her as an important part of image-processing history, a key brick in the path that's led researchers to the Internet, cameras, and smartphones of today," Corinne Iozzio wrote in the Atlantic last year. "Others see another, more-troubling layer to Lena's symbolism, arguing that a Playboy centerfold - even one cropped to a PG rating - is just one more message to women that they don't belong in the male-dominated world of computer science."

In fact, the Atlantic piece reported, Claremont McKenna College professor Deanna Needell became "so exasperated by the Lena image's constant presence in papers and at conferences" that she used a picture of Italian model Fabio for her own image-processing research.

And what about Playboy's thoughts on the matter, since the initial photo was shared without permission? Apparently, they decided not to care.

Promoted
Listen to the latest songs, only on JioSaavn.com
"We decided we should exploit this," a Playboy rep said told Wired in 1997, "because it is a phenomenon."