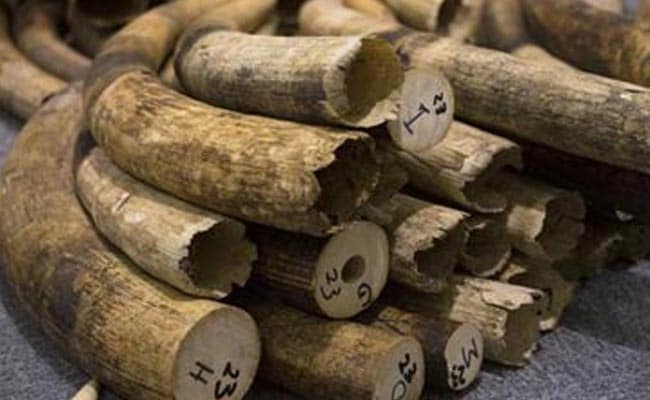 Bangkok: Thailand today destroyed over two tonnes of smuggled ivory worth USD 2.8 million, signalling the government's determination to fight the illegal trade in the country, a major transit hub and destination for smuggled tusks.

Nearly 2.2 tonnes (2,200 kg) of ivory tusks and carved pieces were put into an industrial rock crusher before being incinerated here during a ceremony presided over by Prime Minister Prayut Chan Ocha.

The ivory was estimated to be worth about USD 2.8 million, officials said.

"Elephants are our national symbol and are under threat from poaching and trade. This is to show the Thai government's strong determination to oppose ivory trafficking and that Thailand will comply with international rules," Gen Prayut said.

He called for the country to "clean up its act" on the illegal wildlife trade, and promised heavy punishment for those who violate the law.

"I will no longer tolerate corruption and ignorance on this matter," he said.

John Scanlon, secretary-general of the Convention on International Trade in Endangered Species of Wild Fauna and Flora (Cities), praised the "clear progress" made by the government.

"It is now critical that this greatly enhanced effort is sustained," he said.

Earlier this year, the Thai government passed the Elephant Ivory Act requiring owners and traders to register their ivory, hence 220 tonnes of ivory was registered by over 44,000 private citizens.

Thailand is a major transit hub and destination for smuggled tusks.

Ivory trade was banned in Thailand in 1989 under the Convention on International Trade in Endangered Species of Wild Fauna and Flora (CITES).