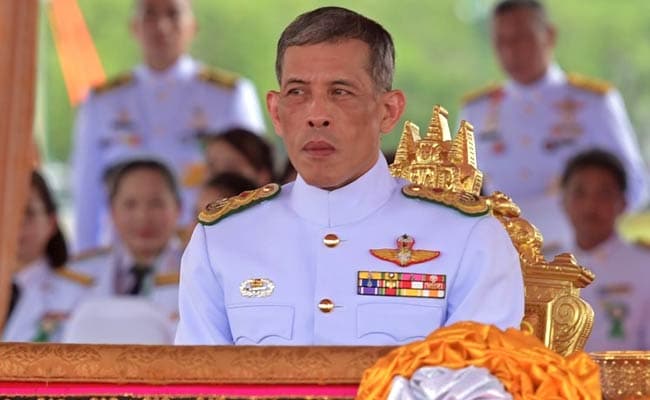 Thailand's king has sacked four royal guards, two of them for "adultery", in a fresh wave of palace purges a week after his royal consort was stripped of all titles for "disloyalty".

"They have committed inappropriate acts and adultery," the statement said.

The other two officers failed to meet the standards of the royal guard and were dismissed without compensation, according to the gazette.

Thailand's royal family is protected by a defamation law that makes scrutiny of its actions all but impossible within the kingdom.

But the purges have offered a rare glimpse into the powerful palace, one of the wealthiest monarchies in the world. The latest move comes after 34-year-old royal consort Sineenat Wongvajirapakdi was deprived of all royal titles three months after being appointed to the role for the first time in nearly a century.

She was accused of disloyalty and "acting against the appointment" of Queen Suthida.

The former consort Sineenat has not been seen in public since her dismissal.

After her fall from grace six other palace officials were sacked for committing "evil actions".

King Vajiralongkorn ascended the throne in 2016 following the death of his father and was crowned in an elaborate coronation ceremony in May.