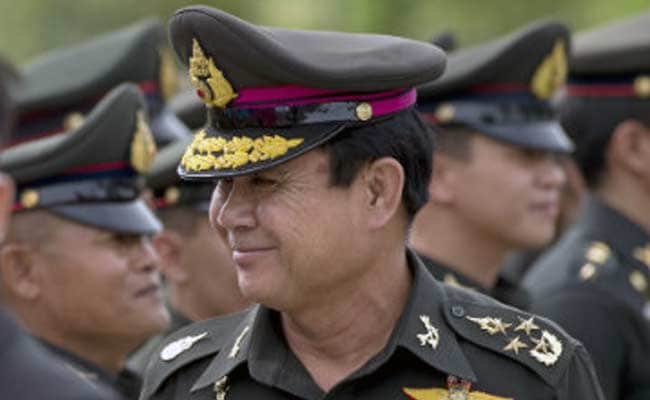 A new law granting authorities the right to access emails, telephone records, computers and postal mail without court approval -- if they suspect national security is at risk -- is tabled for discussion by the country's rubber-stamp parliament.

The draft wording of the legislation has alarmed Internet rights groups in a country which has already seen press freedom and free speech severely restricted since the military imposed martial law and took over last May after months of street protests.

But junta chief Prayut Chan-O-Cha, appointed as premier three months after the coup, insisted the National Cyber Security Bill was a necessary tool to protect the nation.

"We need to have national security otherwise everybody does what they want," he told reporters in Bangkok on Tuesday when asked about the bill.

"If there is a threat to national security -- a violation, or someone committing a crime -- we need to empower state officials to investigate," he added.

Thailand's government has yet to publically publish a draft of the bill.

But Internet freedom groups have obtained a copy and published it online.

"What I am concerned about is Section 35, which says there is no need to ask a court for a warrant. It will just be up to the authorities to decide," Thitima Urapeepathanapong from the Thai Netizen Network told AFP.

"It will destroy our rights and freedoms -- when we know someone can watch our communications and chats, we will not feel safe," she added.

Dhiraphol Suwanprateep, an Internet law specialist at the law firm Baker and McKenzie, said the current bill "is very broad, vague and too permissive".

"There is no balance between the national security and data privacy as the government may exercise its discretion without having judicial review," he told AFP.

Earlier this week government officials admitted that they may have rushed the wording of Section 35 in an indication that the controversial elements might be rewritten.

But on Tuesday Prayut said investigators would not overstep their authority without giving details on what, if any, checks and balances would be put in place.

"The authorities must have a reason to obtain the information. It would violate someone's human rights to intrude into personal data (without reason)," he said.

The junta leader has previously reacted testily to scrutiny of the bill.

Last week he abruptly ended a press conference when a journalist asked how the law would affect press freedom.

Promoted
Listen to the latest songs, only on JioSaavn.com
The same week the Committee to Protect Journalists warned the bill was "a clear and present danger to media freedoms".