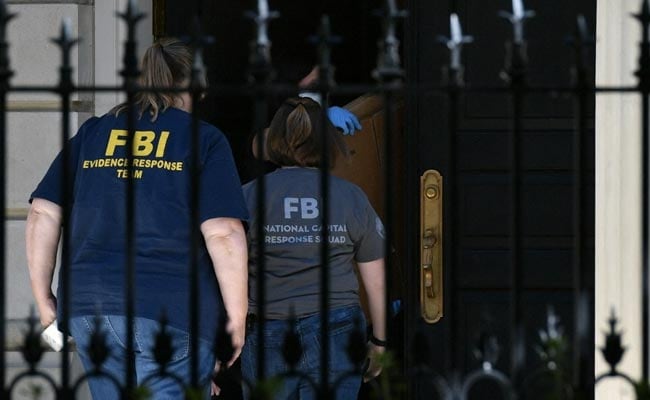 He faces up to five years in prison, according to officials. (File)

It is the first arrest made by a group of investigators set up in June 2021 to combat threats of violence against elected, appointed and volunteer election officials, the department said in a statement.

Chad Stark, a 54-year-old living near Austin, Texas, was charged with making death threats against election officials. He faces up to five years in prison.

On January 5, on the eve of the attack on the US Capitol by supporters of former president Donald Trump, Stark posted an ad on the classifieds website Craigslist offering a $10,000 reward to "Georgia patriots" who "put a bullet" in an election official whom he described as a "Chinese agent."

"It's our duty as American Patriots to put an end to the lives of these traitors," he wrote, referring to a second election official in the "local and federal corrupt judges."

He said they also needed to visit a third election official and "put a bullet her behind the ears."

The officials are only identified as "Official A," "B" and "C" in the statement.

Georgia, a traditionally conservative state, voted for Biden in the November 2020 election thanks to the mobilization of African-American voters.

"The Justice Department has a responsibility not only to protect the right to vote, but also to protect those who administer our voting systems from violence and illegal threats of violence," Attorney General Merrick Garland said in the department statement.

Since June, the Justice Department has received "over 850 reports of threats to election officials" across the country and has opened dozens of investigations, said Assistant Attorney General Kenneth Polite.

The investigation into Stark "took several months ... We have to ensure that all the charges that we bring are sufficiently supported by admissible evidence," Mr Polite said.