Tesla shares sank last week after the SEC filed a lawsuit accusing Elon Musk of securities fraud and demanding the billionaire be removed as chief executive. 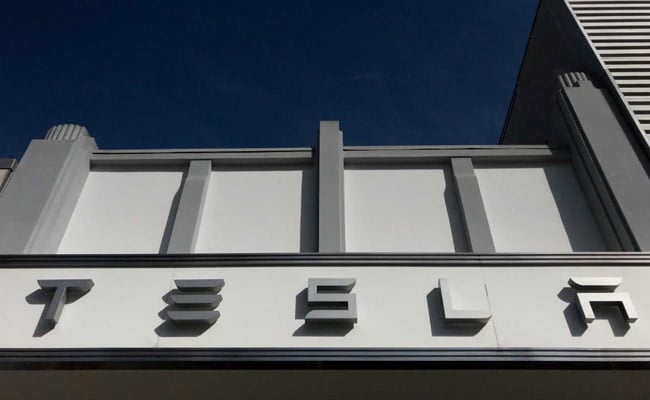 Tesla and Mr Musk will pay $20 million each to financial regulators. (Reuters)

Shares of Tesla Inc jumped nearly 15 percent on Monday after Chief Executive Elon Musk settled a lawsuit from the US Securities and Exchange Commission (SEC) that sought to remove him from company management.

Tesla shares sank last week after the SEC accused Mr Musk of securities fraud, opening up the prospect of a long-drawn out fight that could have seen Tesla lose its leader, undermine its ability to raise capital and cripple operations.

Under the settlement, Tesla and Mr Musk will pay $20 million each to the securities regulator and Musk will step down as chairman but remain as chief executive.

Analysts expect Wall Street will now be able to focus more on third quarter production numbers for the company's Model 3 sedan this week.

They also hoped the settlement would cap several months of volatility around Tesla's shares driven by a series of tweets and public pronouncements by Mr Musk.

"We believe Musk's settlement with the SEC is positive for all stakeholders and should allow TSLA to return its focus to producing quality cars," Baird analyst Ben Kallo said.

Lawyers say the settlement and size of the fine may give more ammunition to short-sellers pursuing separate cases against Mr Musk for manipulating the company's shares as well as to a probe by the Justice Department.

But several experienced litigators said on Monday that, while the DOJ probe is separate, the SEC's settlement could mark the end of official action against Tesla and Mr Musk.

"The standard of proof for any potential criminal charge is higher than that of a civil case, which the SEC had," said Jay Dubow, a former branch chief in the SEC's enforcement division.

"It is possible that the DOJ investigation does not result in any criminal charges at least in part because the DOJ could determine that the SEC's action resolved the matter and that no further governmental action is required."

Mr Musk, whose tweets on August 7 on a plan to take Tesla private that was later abandoned, has tweeted only once since the settlement was announced - posting a music video by rap group Naughty by Nature.

The company is expected to release quarterly production numbers this week for the Model 3, seen by analysts as crucial to the carmaker's drive to achieve long-term profitability.

"We are very close to achieving profitability and proving the naysayers wrong, but, to be certain, we must execute really well tomorrow (Sunday)," Mr Musk wrote in a mail to employees on Saturday.

As part of the settlement, Tesla will appoint an independent chairman, two independent directors, and a board committee to set controls over Mr Musk's communications under the proposed agreement.

"The new independent chairman and board members should dramatically improve corporate governance and widen the pool of potential investors," Baird's Kallo said.