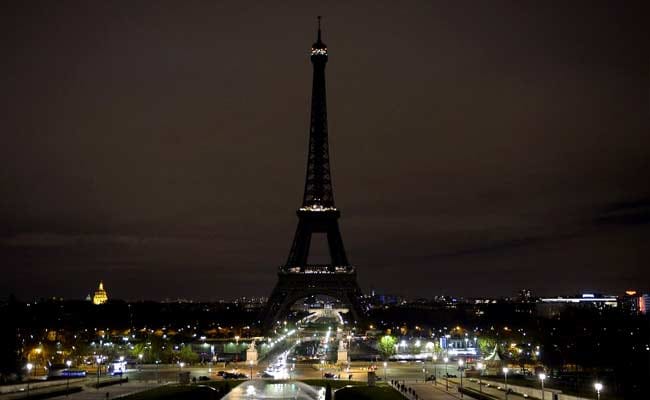 The success of the Paris assault illustrates the scale of the challenge for police and intelligence agencies as they try to stop extremist plots. (Agence France-Presse photo)

Paris: As officials start to investigate how Paris could be struck by another terrorist assault so soon after the Charlie Hebdo killings, French President Francois Hollande called the attacks that left at least 129 people dead an "act of war" by Islamic State.

Security forces across Europe are searching for clues about who carried out the assaults at seven locations in the French capital Friday night and whether they had support. Three teams of attackers were involved in the assault, France's chief prosecutor said. Eight attackers died in the assault and police are currently pursuing others believed to have been involved, said a person familiar with the matter, who asked not to be identified discussing an ongoing operation.

The slaughter compounds one of the deepest crises facing European leaders since World War II as they struggle to accommodate a stream of refugees from war-torn Syria while also facing jihadist retribution for air strikes on Islamic State. The deadliest of the Paris attacks, at the Bataclan concert hall, occurred a short walk from the offices of satirical magazine Charlie Hebdo, where a January rampage that killed 17 began.

The attacks were committed "by a jihadist army against the values that we defend everywhere, against what we are: a free country," Hollande said in a televised address Saturday. "It was an act of war that was prepared and organized abroad, with complicity" from individuals in France, he said.

In a statement posted on Twitter, Islamic State said the violence was retaliation for French airstrikes on what it calls its "caliphate" in parts of Iraq and Syria. The attacks are "the first drop in the rain, and should serve as a warning," the group said.

About 300 victims remain hospitalized, with 80 in critical condition, Agence France-Presse reported. The killed and injured included citizens of the U.S., Netherlands, Sweden, Romania, Belgium and other countries.

There were rapid developments in the aftermath of the assault:The events in Paris are certain to intensify debate about accepting migrants fleeing Syria and Iraq for the European Union, where hundreds of thousands have sought shelter this year. Politicians in some countries argue that the open-door policy advocated by German Chancellor Angela Merkel will let more jihadists into the 28-nation bloc.

They're also likely to re-open the issue of how to better integrate France's Muslim population, the largest in Europe -- especially if some of the gunmen are found to have been French citizens, as in the Charlie Hebdo violence.

The coordinated assaults began around 9:15 p.m. on Friday local time with three suicide bombings near the Stade de France, where Hollande and a crowd of 80,000 were watching a France- Germany soccer game. Almost simultaneously, gunmen with automatic rifles jumped from cars at various bars and restaurants in the vibrant 10th and 11th arrondissements, shooting at Parisians who moments earlier had been enjoying a normal start to the weekend.

The attackers chose targets relatively far from the capital's more touristy central districts, focusing instead on neighborhoods popular with locals. With the exception of the Stade de France, none of the locations was a prominent government building or cultural site, meaning they would have had little or no security protection.

The deadliest assault was at Bataclan, where suicide bombers held hundreds hostage, killing over 80 and severely injuring dozens before police stormed the concert venue.

Theresa Cede, 39, who works in the telecommunications sector, was at Bataclan with a friend when the gunmen burst in, shooting people standing near her on a balcony. "I hid underneath the body of a man who was shot in the head. I was covered in blood," Cede said. Another woman lying next to her was severely wounded.

Speaking in French, the gunmen referred to the war in Syria as they moved around the theater, shooting at random with both single shots and automatic fire, said Cede, who escaped unharmed after police stormed the building. "I don't know how many guardian angels I had looking out for me," she said.

U.S. law enforcement officials are concerned the assaults demonstrate an enhanced capacity by jihadists to carry out strikes far from their home bases in the Middle East, an American counter-terrorism official said, declining to be identified in line with government policy. They came two weeks after the crash of a Russian airliner departing Egypt that has been blamed on a bomb placed by militants.

"This attack was coordinated, sophisticated and well planned," reminiscent of earlier strikes by al-Qaida, said Sajjan Gohel, London-based international security director for the Asia-Pacific Foundation. "It represents a major escalation in tactics and strategy."

The success of the Paris assault illustrates the scale of the challenge for police and intelligence agencies as they try to stop extremist plots, and to secure the thousands of so- called soft targets that exist in any major city.

After the Charlie Hebdo attacks, France began a wide-ranging program of improvements to its anti-terror capabilities, including hiring extra police officers and enacting new laws to enable increased electronic surveillance. Soldiers armed with assault rifles are a regular sight at prominent buildings throughout the country, and they're trained to repel assaults like those on Friday.

But officials have said that keeping track of suspected militants in a comprehensive way is almost impossible given the resources and manpower required to maintain around- the-clock surveillance of hundreds -- or even thousands -- of individuals believed to have links to extremist groups.