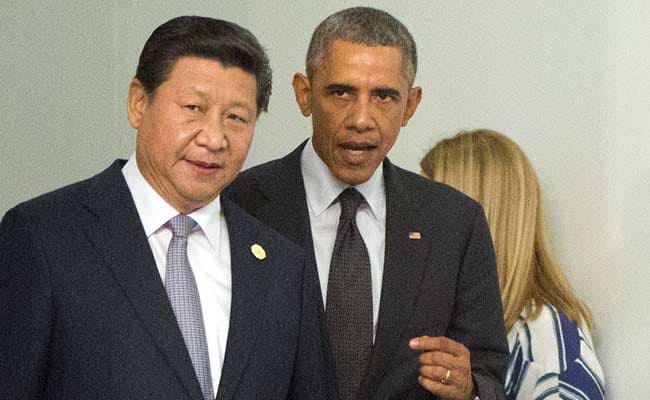 Brisbane: US President Barack Obama on Saturday warned of the dangers of outright conflict in Asia, as China squares off against rival claimants over disputed territories, but vowed that Washington would remain anchored in the region.

In a speech at Brisbane's University of Queensland, Obama insisted that his "pivot" of US policy back to Asia was real and here to stay.

In the talk, given on the margins of the G20 summit, the president reviewed the stunning economic progress seen in East Asia since World War II.

"Yet alongside this dynamism, there are genuine dangers that can undermine this progress," he said, citing North Korea for one and adding: "Disputes over territory -- remote islands and rocky shoals -- that threaten to spiral into confrontation."

China is locked in dispute with four Southeast Asian countries over lonely outcrops in the South China Sea and with Japan over another set of islets.

Obama repeated his insistence given in Beijing this week, after talks with Chinese President Xi Jinping, that the United States welcomes the rise of China provided it is a peaceful and responsible player on the world stage.

But China, he stressed in Brisbane, must "adhere to the same rules as other nations, whether in trade or on the seas".

And the United States will continue to be "frank where there are differences" with Beijing, Obama said.

An effective security order for Asia must be based "not on spheres of influence, or coercion or intimidation where big nations bully the small", he said, but on alliances built on respect.

Four members of the Association of Southeast Asian Nations (ASEAN) -- Brunei, Malaysia, the Philippines and Vietnam -- claim parts of the South China Sea, a key shipping lane believed to be rich in undersea gas deposits.

But China says almost all of the sea is its own, including waters near to the shores of its smaller neighbours.

A series of incidents earlier this year led Vietnam and the Philippines to decry Chinese acts of aggression at sea, plunging relations with Beijing to a nadir.

Both China and ASEAN need "peace and stability", Chinese Premier Li Keqiang said in a speech at Thursday's East Asia Summit in Myanmar that included ASEAN leaders and Obama.

In an apparent bid to defuse the regional tensions, Li offered $20 billion in Chinese loans and a telephone hotline, and floated the possibility of a "friendship treaty" with ASEAN nations.

The hotline has been among the proposals in low-level talks between ASEAN and Chinese officials on a legally binding code of conduct to ease tensions in the South China Sea.

Militarily and economically weaker than China, Southeast Asian countries are desperate for a multilateral code, but accuse their giant neighbour of stalling, and are also anxious to retain US support.

China prefers to use its economic and political clout in one-on-one negotiations with rival claimants.

And in a sign of the lingering challenges ahead, Li also warned that "China's resolve to safeguard territorial sovereignty is clear".

Obama spelt out the enduring stakes for the United States.

"Generations of Americans have served and died here so that the people of the Asia-Pacific might live free. So no one should ever question our resolve or our commitments to our allies," he said in his Brisbane speech.

Promoted
Listen to the latest songs, only on JioSaavn.com
"Day in, day out, steadily, deliberately, we will continue to deepen our engagement using every element of our power -- diplomacy, military, economic, development and the power of our values."