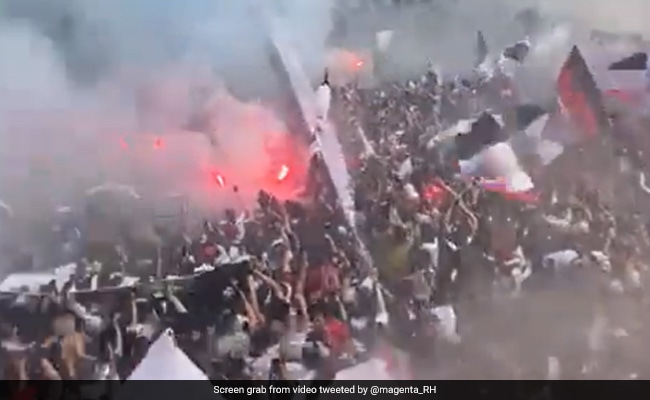 During an open training session hosted by Chilean club Colo Colo, several fans were injured after a part of a roof collapsed in an Estadio Monumental stadium in Chile. The scary footage shows hundreds of cheering fans in the stand moments before part of a roof crashed down on supporters below.

Two advertising hoardings collapsed and a few videos of people hanging onto the hoardings have also surfaced. According to Sputnik News, several fans were injured and transported to local medical centres for treatment; numbers were not specified.

The club further said that they confirm their commitment and willingness to the authorities to continue "making all necessary improvements to ensure the safety of our fans."

There is no information on how many people were injured during the incident.

According to Express. Uk, the stadium was modernised due to accidents. The stadium reduced the venue capacity to its current capacity of 47,000 spectators. "In 2015, the Estadio Monumental was the host stadium for two Copa America matches back in 2015 when the tournament took place in Chile, with Brazil featuring on each occasion. It has also been used by the Chile national football team when the Estadio Nacional, the main football stadium of the country, has been unavailable," reported the publication.