US State To Execute Child Rapist, Murderer. Its First In A Decade 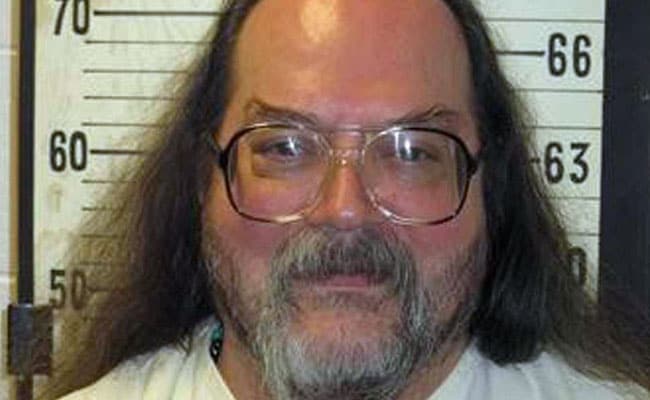 Billy Irick, 59, was convicted of raping and murdering a 7-year-old girl he was babysitting (Reuters)

Tennessee is set to hold its first execution in nearly a decade on Thursday when it plans to put to death by lethal injection a man convicted of the 1985 rape and murder of a 7-year-old girl he was babysitting.

Lawyers for inmate Billy Irick, 59, launched a last-minute appeal with the U.S. Supreme Court to spare his life, saying he has suffered from psychosis for his entire life and putting him to death would violate legal norms barring the execution of people with severe mental disorders or disabilities.

Irick, who has spent more than three decades on death row, is set to be put to death at 7 p.m. CDT (0000 GMT) at the Riverbend Maximum Security Institution in Nashville.

If the execution goes ahead, it would be the 15th this year in the United States and the first in Tennessee since 2009.

He was convicted of raping and strangling Paula Dyer in Knoxville. Irick had been a boarder in the home where the girl lived with her mother, stepfather and siblings.

Irick's lawyers have argued for nearly 20 years that his original counsel, who no longer represents him, failed at his murder trial to present a long history of violent and psychotic behavior, which included Irick being institutionalized as a child.

"Irick has a lifelong severe mental illness which manifested in early childhood and was present before and during the offense for which he was convicted, the rape and murder of ... Paula Dyer," they wrote in their Supreme Court filing submitted earlier this week.

Tennessee state prosecutors have said Irick knew what he was doing was wrong, is competent to be executed and did not properly raise the mental illness claim in state court.

"There is no general trend in banning executions for those with severe mental illness," they wrote in their Supreme Court filing.

Irick and other death row inmates are also challenging the state's lethal injection mix, which contains the sedative midazolam, a valium-like drug used in troubled lethal injections in other states.

Lawyers contend it does not achieve the level of unconsciousness required for surgery and is unsuitable for lethal injections, where other drugs are used to cause cardiac arrest.

Executions in Tennessee have been put on hold for years due in large part to lawsuits from death row inmates over the drug mix and death chamber protocols.

(Except for the headline, this story has not been edited by NDTV staff and is published from a syndicated feed.)
Comments
TennesseeBilly IrickUS Supreme Court