Tech Icon Ordered Back To China Sends Wife Instead

Jia Yueting is believed to be in the US, attempting to build up his Los Angeles-based electric car company Faraday Future. 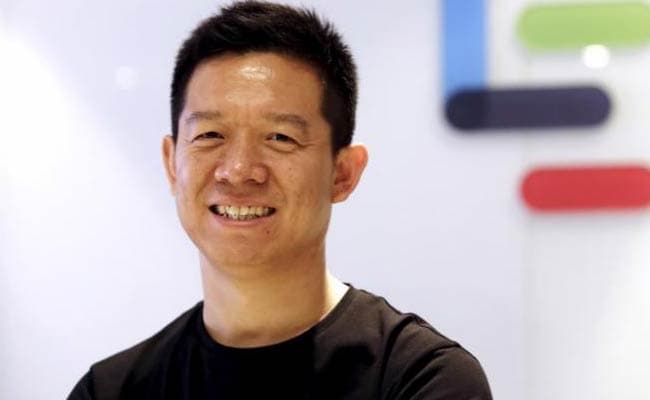 Jia Yueting is the head of a tech empire that has spanned electric cars and smartphones.

Beijing, China: A major Chinese tech entrepreneur has defied regulators' orders to return home, writing Tuesday that his wife and brother would deal with the debt woes plaguing his LeEco conglomerate.

Jia Yueting, the 44-year-old head of a tech empire that has spanned electric cars and smartphones, posted a letter on social media to the Beijing branch of the China Securities Regulatory Commission, which last week ordered him to return to China before the end of 2017.

The one-time billionaire is believed to be in the US, attempting to build up his Los Angeles-based electric car company Faraday Future. He was added to a national blacklist of debt defaulters by Chinese courts last month over hundreds of millions of dollars in unpaid loans.

"I have entrusted (wife) Ms. Gan Wei and (brother) Mr. Jia Yuemin with full power to exercise my rights as the public company shareholder and fulfil my shareholder responsibilities," Jia wrote in the letter published on the Twitter-like Weibo platform.

He said Gan and Jia Yuemin would deal with the debt issues of Leshi Internet, LeEco's main publicly traded arm.

Separately on her own Weibo account, Gan said she would be meeting creditors to "resolve the debt problems".

The 33-year-old Gan, an actress and producer on several feature films, said her husband owed 6.9 billion yuan ($1 billion) on loans connected to pledged shares. He has paid 1.7 billion yuan ($267 million) in interest on related loans since 2014, she wrote Tuesday.

Leshi Internet's filings show that nearly all of Jia's shares were pledged to back loans, though a Beijing court said last month that it had seized more than one billion shares -- Jia's entire holding -- of Leshi Internet to repay creditors.

The court also seized Jia's two homes in Beijing and $200,000 from a bank account.

Gan said in a New Year's Eve Weibo post she had "returned to complete a mission". Her location was tagged as Beijing airport.

Leshi Internet had a market capitalisation of roughly $9.4 billion in April last year, but it has suspended trading in its shares since then.

Investment firms have already marked down their holdings. If the company were to delist completely, it could be one of the largest failures of a Chinese publicly traded company -- possibly wiping out the investments of its 185,000 shareholders.

Jia in his letter blamed LeEco's debt woes on one bank which sued him after he was "only a mere two weeks overdue on a 30 million interest payment".

Afterwards, in July, as creditors began to swarm, "the production and operation of non-public companies came to an abrupt halt", he wrote.

"Over 10,000 employees were forced to be dismissed, and the only thing left for the company was to sell its assets to repay the debt."

Jia founded the troubled conglomerate in 2004 as an online video streaming platform, but pushed the tech company into a variety of new business lines -- from gaming to sports and more recently, cars.

He brought in hundreds of small-time investors to fund the rapidly growing list of projects, publicly announcing more than $3 billion in funding for the far-flung projects, which now appears in jeopardy.

Jia's Los Angeles-based electric car company Faraday Future has said it is in the process of raising $1 billion to start production of  electric cars.

"At present there is much work to be done for me to push it forward."

(This story has not been edited by NDTV staff and is auto-generated from a syndicated feed.)
Comments
Jia YuetingTech IconLeEco