Afghan Women Should Not Go To Work For Their Safety: Taliban Spokesman

Taliban spokesperson Zabiullah Mujahid said at a news conference on Tuesday that women should not go to work for their own safety, undermining the group's efforts to convince international observers that the group would be more tolerant towards women. 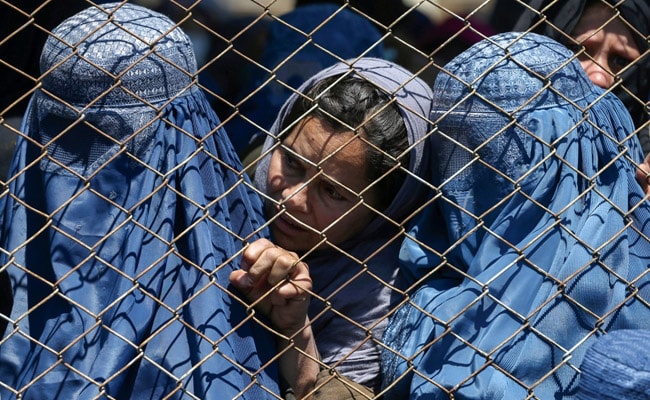 Admitting that women are not safe in the present Taliban regime, the outfit directed Afghan women to work from home.

Taliban spokesperson Zabiullah Mujahid said at a news conference on Tuesday that women should not go to work for their own safety, undermining the group's efforts to convince international observers that the group would be more tolerant towards women than when they were last in power, reported CNN.

As per Mujahid, the measure was necessary because the Taliban "keep changing and are not trained."

When last in power between 1996 and 2001 the group banned women from the workplace, stopped them from leaving the home unaccompanied and forced them to cover their entire bodies.

The direction came after the World Bank halted funding in Afghanistan, citing concerns about the safety of women, and within hours of the UN calling for a "transparent and prompt investigation" into reports of human rights abuses since the Taliban takeover, dealing another blow to an economy that relies heavily on foreign aid, reported CNN.

Meanwhile, the Taliban promised its new era will be more moderate, but Taliban leaders have refused to guarantee women's rights will not be stripped back and many have already faced violence.

Also, the Taliban warned Tuesday that the US must stick to next week's deadline to pull out, and said they were "not allowing the evacuation of Afghans anymore," though a source familiar with the situation told CNN on Wednesday that the apparent ban had not yet had a discernible effect on arrivals at Kabul airport.

The source said some priority local Afghans would get help in the coming hours though some applicants for the Special Immigrant Visa (SIV) program -- an avenue for Afghans who worked for US forces and agencies to get out of the country -- would have to wait.

The Pentagon announced on Wednesday that a total of 19,000 evacuees left Afghanistan in the last 24 hours, including 11,200 people flying on 42 US military aircraft and another 7,800 evacuated by coalition partners.

A frantic Western evacuation operation at Kabul's airport has provided the only faint opportunity for many Afghans to escape the country in recent days, and crowds outside the facility have swelled since the militants seized power, reported CNN.