The peace talks in Russia have run parallel to talks between the Taliban and the United States, and the Kremlin has built up a military presence along Afghanistan's northern edge. 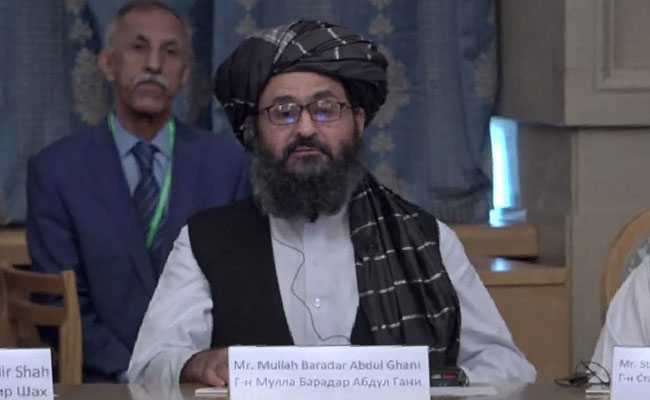 When members of the Taliban and Afghan politicians met Tuesday in the Russian capital for talks aimed at ending the war in their country, one face in particular stood out: Abdul Ghani Baradar, a co-founder of the Taliban and the head of its political office, who spoke publicly for the first time about the need for a peace deal.

Baradar's comments showed that the insurgency's leadership was willing to advance peace talks and signaled that efforts to end the protracted US-led war in Afghanistan could be gaining momentum despite continued deadly attacks by the Taliban across the country.

"The Islamic Emirate is firmly committed to peace, but the first step is to remove obstacles and end the occupation of Afghanistan," Baradar said, referring to the Taliban by the group's preferred name.

The Taliban has repeatedly called for the full withdrawal of US forces before any peace settlement can be agreed upon. The United States has 14,000 troops in the country.

Sitting near Russian Foreign Minister Sergei Lavrov at a large round table in a central Moscow hotel, Baradar addressed a room full of Afghan power brokers, many of whom are political rivals of President Ashraf Ghani. As with previous meetings involving the Taliban, no members of the government in Kabul, whom the Taliban views as American "puppets," attended.

Before Baradar's remarks, Lavrov reiterated Russia's call for a total pullout of foreign forces for a political solution to be found to end the war.

Russia, which suffered its own crushing defeat in Afghanistan in 1989 after a decade-long war, has been reasserting itself ahead of Washington's planned drawdown of its troops, which President Donald Trump says will come after progress in any possible peace settlement.

The peace talks in Russia have run parallel to talks between the Taliban and the United States, and the Kremlin has built up a military presence along Afghanistan's northern edge.

Baradar - a political strategist who is believed to have played a key role in regrouping the insurgency after the U.S. invasion of Afghanistan in 2001 toppled the Taliban regime - was released from a Pakistani jail last year at the request of the American government because U.S. negotiator Zalmay Khalilzad thought Baradar could play a constructive role in talks. He was arrested in 2010 in a joint operation by Pakistani and American agents.

While Baradar participated in closed-door peace talks with Khalilzad earlier this month in the Qatari capital of Doha, his appearance in Moscow is likely to establish his legitimacy as the new public face of the Taliban.

Donning black-rimmed glasses and sporting a salt-and-pepper beard, Baradar took center place as the 14-member Taliban delegation made a dramatic entrance into the hotel ahead of the talks, climbing up the stairs in unison.

Atmar, who worked for Ghani until last year, is considered a serious contender in presidential elections scheduled for September, which could see the president's ouster after five years of rule.

Many Afghans, especially women, have expressed fears that a peace deal with the Taliban could curtail freedoms and rights that have been won since the regime ended. The Taliban has said the rights of women would be protected if they return to power, as long as they are within Islamic principles.

Women's rights activists have chafed at this, saying it leaves much to interpretation.

"We will continue to press the issue of women's rights so they understand what is at stake," said Tajwar Kakar, one of two Afghan women present at the 47-seat table Tuesday.

"The Taliban are also Afghans," said Kakar, who fought against the Soviets in the 1980s and later campaigned for girls' education. "We should all work for the same goal of peace."