Taking Steps To Provide Pathway To Citizenship To Children Of Legal Immigrants: US 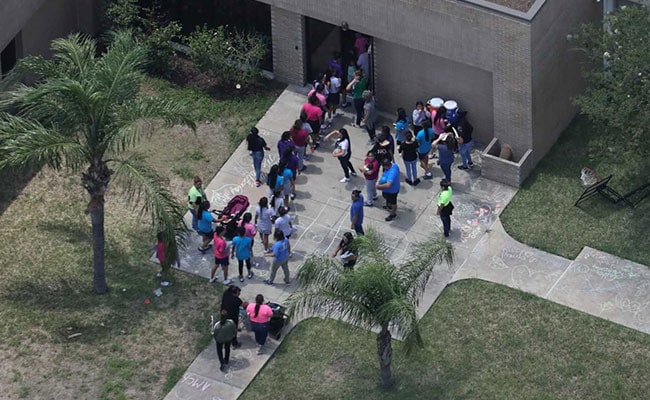 Under US laws, children cease to be dependent on their parents after they turn 21. (Representational)

The Biden administration is taking steps to provide a legal pathway to citizenship to children of legal immigrants, the White House has said after a group of such youngsters, mostly Indians, expressed fear of being deported when they turn 21.

These children, known as documented dreamers, are living in the United States as dependents of long-term nonimmigrant visa holders, including H-1B workers.

Technology companies depend on it to hire tens of thousands of employees each year from countries like India and China.

According to Improve the Dream, a group representing such children, they number more than 200,000, a significant number of whom are Indians.

Under US laws, children cease to be dependent on their parents after they turn 21. As a result, thousands of Indian children are facing being aged out.

A significantly large number of these parents are in a decades-long wait for a Green Card.

A Green Card, known officially as a Permanent Resident Card, is a document issued to immigrants to the US as evidence that the bearer has been granted the privilege of residing permanently in the US.

While responding to questions on the fear of deportation among a section of children in the US, White House Press Secretary Jen Psaki said: "Obviously taking steps to ensure we are providing a legal pathway to citizenship and especially for kids who came into this country, as you referenced innocently with their family members."

A White House spokesperson said President Joe Biden has been clear that America''s immigration system needs to be reformed.

"The bill provides dependents of H-1B visa holders work authorisation and children are prevented from ageing out of the system," said the spokesperson.

In June, Congresswoman Deborah Ross and Ami Bera-led House colleagues in a letter to Department of Homeland Security Secretary Mayorkas recommended strengthening of protections for children and young adults, who have grown up in the United States as dependents of long-term work visa holders.

The letter recommends updating Deferred Action for Childhood Arrivals (DACA) criteria to include the "documented dreamers" and adjusting the way the United States Citizenship and Immigration Services (USCIS) determines an individual's age.

"Around 200,000 children of non-immigrant visa holders, who know America as their only home, are at risk of having to self-deport to a country that is not home and be separated from their families because of decades-long backlogs in the immigrant visa system," Bera said in a statement in June.

"As a nation of immigrants, it is not who we are to turn our backs on those who call America home," he said.

For the past several months, a group of Indian-American children have been running from pillar to post in the American capital to make their voices heard.

They have been receiving a positive response from both the Biden Administration and the US Congress as well. However, they have not been given a solution to the problems faced by the children of legal immigrants so far.