"Taking Out The Trash, Dawg": US Cop Sacked For Desecrating Jewish Text

About 630,000 Jewish people live in Florida, and most live in South Florida where Miami is located, according to the Miami Herald. 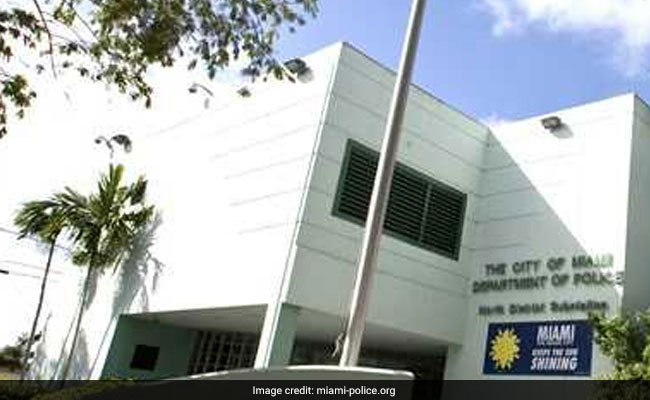 Sgt. Roberto Destephan has been suspended by the Miami police.

The back of the pickup truck was filling up with garbage when the Miami police officer added Jewish scripture to the heap.

Sgt. Roberto Destephan first tossed a case inscribed with the Star of David into the truck bed.

Then, in the undated video first published by ABC Local 10 on Friday, he held the Tanakh - holy Jewish texts that include the Torah.

"I would like to reassure our citizens of all faiths we stand in solidarity with them," Colina said.

The department did not respond to questions seeking further comment about Destephan's status, and Destephan, a vice president with the local police union, could not be reached for comment. His organization, the Miami lodge of the Fraternal Order of Police, called the video "heavily edited" and an effort to sabotage Destephan ahead of his reelection.

"It's just something that's wrong. It's morally wrong," Cunill said of Destephan's remarks.

In February, the Anti-Defamation League reported that the number of anti-Semitic incidents rose 60 percent in 2017 compared to the previous year.

About 630,000 Jewish people live in Florida, and most live in South Florida where Miami is located, according to the Miami Herald.

In a lengthy and conspiratorial statement, the Miami FOP said the video was filmed years ago, and taken amid an organization office cleanup that involved mold and termites.

The video "doesn't capture the full and entire conversation," the statement said without evidence. The group's attorney, Robert Buschel, did not return a call seeking comment.

Lodge President Javier Ortiz also did not return a request for comment. Destephan, under the name "Robert," was still listed as the chapter vice president on the group's site Saturday.

The union claimed that an email demanding Destephan's withdrawal from the race was sent anonymously, using the "doctored" video as blackmail. The alleged email was not provided in the release.

Cunill said the video does not appear edited to him.

"While the created video appears to be distasteful and insensitive at first glance, we believe when the entire story is fully investigated the sinister motivations behind its creation will become obvious," the statement read.

The chapter is cooperating with investigators and does not condone discrimination, the chapter said.

But an online message board for Miami officers simmered with similar conspiratorial language that often overlooked Destephan's speech in the video. Anonymous posters speculated that everyone from Destephan's competitors to Chief Colina and city officials were behind the video's release.

There were some dissenters, however.

"No matter how the attorneys spin the story now to defend this moron, it's another black eye to the department and union," one anonymous commenter said.