Firuza Hafizova, 33, fuses traditional Persian melodies and electronic pop in her music. Some of her videos have been viewed over a million times on YouTube. 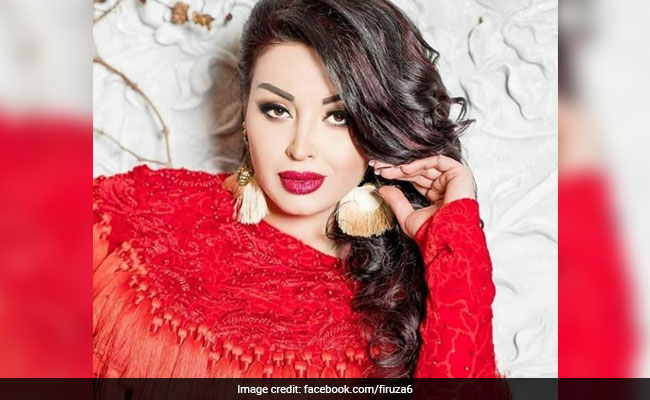 Tajikistan has fined a pop star for holding a birthday at home with friends rather than family members only as required by a restrictive law on private celebrations.

State prosecutors said singer Firuza Hafizova was fined $530 for violating the law after a video emerged of her dancing at home with friends.

The law on private celebrations was passed in 2007 to discourage lavish spending on weddings and other events in the impoverished Central Asian country.

But critics say the law has instead helped officials extort money from the public, with the fine levied against Hafizova worth more than two month's wages for the average Tajik.

As Hafizova "celebrated her birthday at her home on December 12 from 8 to 11 pm local time, her girlfriends and acquaintances arrived to congratulate her", prosecutors said in a statement on Tuesday.

Birthdays should be celebrated "in the family circle", it said.

Hafizova, 33, fuses traditional Persian melodies and electronic pop in her music. Some of her videos have been viewed over a million times on YouTube.

Tajikistan has gained international attention for imposing this law before, with one man fined a similar amount for celebrating his birthday in a bar with friends in 2015.

Like Hafizova, he was caught out online after he posted a picture of his friends and a cake on Facebook.

Pop stars toed the line so slavishly that strongman President Emomali Rakhmon's office in February called on them to stop praising the long-reigning ruler in their songs.

Authorities in neighbouring Uzbekistan issued a similar ban earlier this year after President Shavkat Mirziyoyev became the subject of several songs of praise.

In January Tajikistan's tax authorities published a list of more than 100 celebrities accused of tax evasion, many of whom failed to declare earnings as wedding singers.

Authorities in the country of 8.5 million have also criticised musicians for failing to pay traffic fines on time.