Syrian President wife Asma al-Assad was one of 12 people placed under EU sanctions in 2012 over the Syrian government's violent response to the civil war. 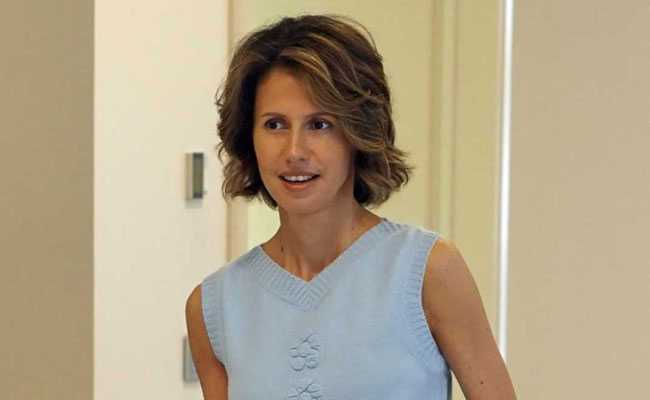 Syrian First Lady as she begins treatment for early-stage breast cancer at a hospital in Syria. (AFP)

Syrian President Bashar al-Assad's wife has been diagnosed with breast cancer and is being treated for an early-stage malignant tumour, the office of the Syrian Presidency announced.

Born and raised in London, 42-year-old Asma al-Assad has been a highly controversial figure. She was one of 12 people placed under EU sanctions in 2012 over the Syrian government's violent response to the civil war.

A photograph of the First Lady and Assad was posted on Twitter on Wednesday with the President's office saying: "With strength, trust and faith... Asma al-Assad begins her preliminary treatment of a malignant breast tumour that was discovered early.

"From the heart, the presidency and the staff wish Asma a speedy recovery," it read.

She shifted to Syria in 2000 and married former ophthalmologist Assad, just months after he succeeded his father Hafez al-Assad as President, the BBC reported.

She has been in the news for standing by Mr Assad throughout Syria's seven-year civil war.

In her first comments about the bloodshed in Syria, Asma al-Assad said in 2012: "The President is the President of Syria, not a faction of Syrians, and the First Lady supports him in that role."

The same year, activists released thousands of private emails purportedly from Mr Assad and his wife apparently showing that the latter continued to buy luxury goods even after the uprising had begun. She was also personally sanctioned by the EU.

Asma al-Assad also rose to prominence on social media during the Syrian war. Her Instagram feed showed images of her cradling children, sitting by the bedside of injured war victims and touring sites with local women.

She did not speak to foreign media again till 2016 when she told Russian state-backed television that she had previously rejected offers of asylum abroad.

(Except for the headline, this story has not been edited by NDTV staff and is published from a syndicated feed.)
Comments
SyriaFirst Lady breast cancer