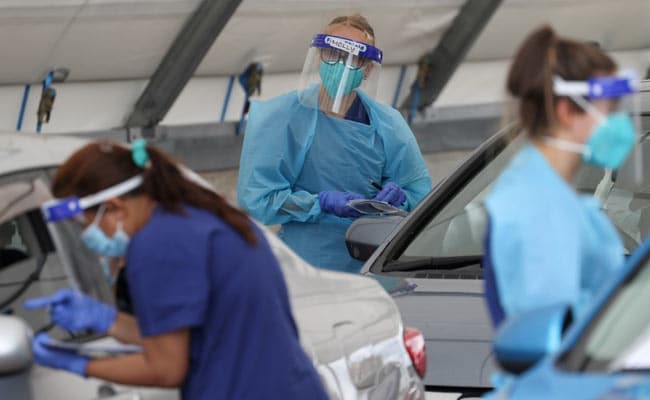 Australia's most populous state of New South Wales (NSW) maintained its downward trend of new COVID-19 infections on Tuesday but authorities asked people to be on "high alert" after cases were detected outside the current virus cluster.

A cluster detected in Sydney's northern beachside suburbs in mid-December has now grown to 129 cases and about a quarter of a million residents have been put under lockdown until January 9 as authorities battle to stamp out the virus.

NSW reported three cases, all linked to the Sydney cluster, in the 24 hours to 8 pm on Monday - its lowest daily rise in coronavirus infections in nearly two weeks.

Three cases were detected after the 2000 daily deadline, which are under investigation, NSW Premier Gladys Berejiklian told reporters.

"I am not ruling out they are linked to the (Sydney) cluster... but until those links are established all of us in Greater Sydney must be on high alert," Berejiklian said.

"We do not want people to think we're out of the woods, every time we get a couple of cases overnight which are not directly linked to the Northern Beaches it gives us concern."

Sydney, Australia's largest city, has scaled back its New Year's Eve celebrations by banning large gatherings outdoors to watch its popular fireworks display, and urged people to stay home and watch the event on television.

Only residents with permits for hospitality venues will be allowed into the city on New Year's Eve and households across Sydney are only allowed to host 10 people. Outdoor gatherings are limited to 50 people.

Australia has largely avoided the high infections and deaths from the novel coronavirus compared with many other developed countries. It has recorded just over 28,300 cases and 909 deaths since the pandemic began.